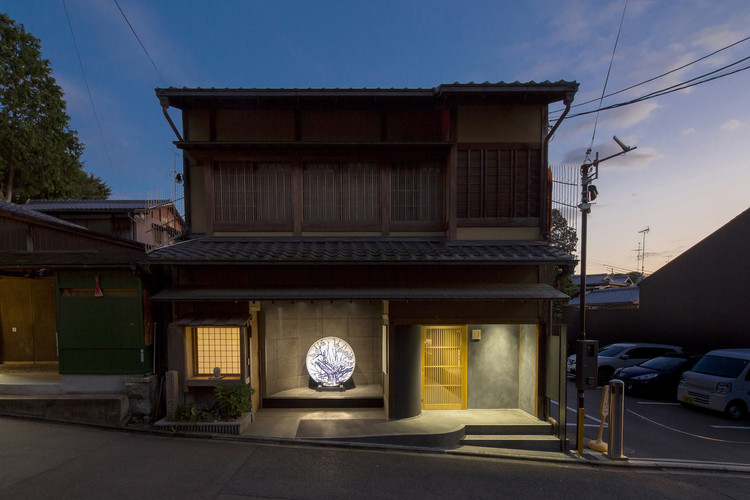 Text description provided by the architects. KONDO MUSEUM, situated near the main gate of Kyoto’s Kiyomizu-dera Temple, by the Chawan-zaka approach to the temple. It is believed that the ancient city of Kyoto is guarded by four mythological creatures in four separate quarters. The area surrounding the temple is called Higashiyama district. This eastern region of Kyoto has long been known as a holy place of pristine water under the reign of Seiryu, the azure dragon and guardian of the city’s east. In this sacred area, a traditional local craft, known as Kiyomizu ceramics has continued to evolve since the Edo period. This museum was originally established in commemoration of Yuzo Kondo, the renowned master of Kiyomizu ceramics. Our project was to refurbish this memorial museum.

The memorial museum was reborn as KONDO MUSEUM, featuring several major ceramic works crafted by Yuzo Kondo, Living National Treasure in the field of blue and white ceramics. Aside from Yuzo’s works, KONDO MUSEUM features the work of three of his descendants: his eldest son Yutaka Kondo, his second son Jun Kondo, and his grandson Takahiro Kondo, who also receives international acclaim for his artwork.

This museum comprises four sections as follows:
• The entrance window in which Yuzo’s masterpiece, the grand ceramic plate decorated with a drawing of a Japanese apricot is displayed. Although this piece was previously rarely on display to the public, now anyone can appreciate this work of art while passing.
•  The exhibition area features work by each of Kondo family’s four members: Yuzo, Yutaka, Jun, and Takahiro. The lively style of Yuzo’s blue and white ceramics known as Kondo Sometsuke became the family’s creative standard, which has been carried on and further refined by his descendants.

•   Yuzo’s original workshop built in 1924, in which his valued materials are preserved. A variety of sake cups that he crafted for pleasure are also exhibited.
•  The newly built area, hosting the museum bar, Ryusui. Next, to the exhibition area, Ryusui offers a selection of sake, as Kiyomizu is known as the place of pristine water. By providing a sake-tasting experience, Ryusui brings all visitors a profound opportunity to feel and learn more about the history of Kiyomizu through both art appreciation and sake savoring.

The interior atmosphere of the museum is produced using various tints of dark gray and dim lighting. On the walls, ceiling, and floor, the feel of each material, such as bamboo, stone, traditional Japanese paper, and plaster is effectively accentuated. In addition to displaying each work, we aimed to create a space to experience these art pieces in the context of local history and culture.

The main feature of the museum is the flat artwork with a width of over seven meters, created by Takahiro Kondo using his signature technique, silver mist over-glaze. This striking art piece stands out in this dimly lit place, producing the feel and shimmer of water, with its strong cultural ties to Kiyomizu. The ability to express the characteristics of water in this world of ceramics makes this an extraordinary museum experience. We hope that this museum will become a new attraction among the bustle of the Chawan-zaka approach as well as a landmark in the culture of ceramics. 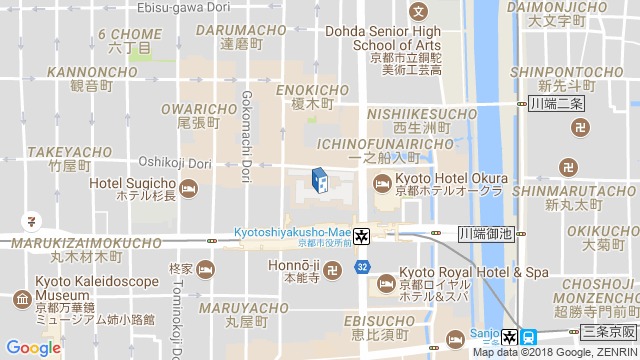 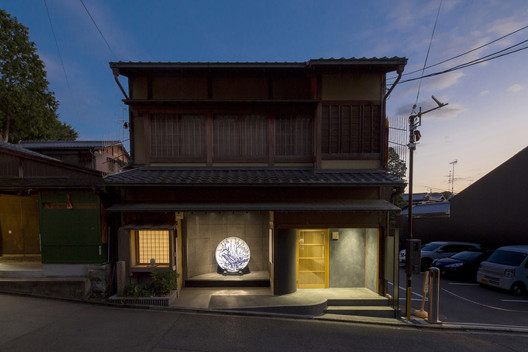