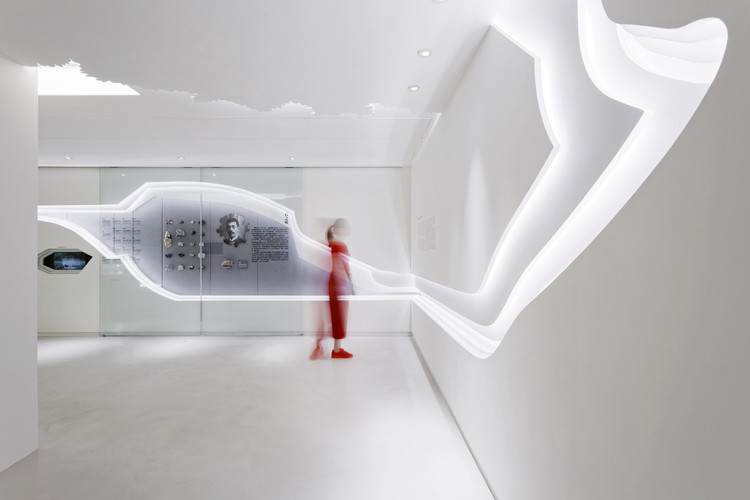 Text description provided by the architects. Discovering Taiwan is a permanent exhibition dedicated to the History of the collections of the National Taiwan Museum, the History of the Natural and Aboriginal Treasures of Taiwan, and the History of Japanese Researchers who built this institution one century ago. The exhibition scenography links this past to the future by questioning the prospect of cultural heritage through 367 pieces including 265 of the most important pieces from the Museum’s collection, facing sculptural, video and sound installations created by contemporary Taiwanese artists.

The National Taiwan Museum is the earliest Museum of Natural History in Taiwan. For its centenary, the multicultural team of Studio TING (惠栢設計) had the privilege to contribute to the global renovation by designing the permanent exhibition dedicated to the institution’s heritage. Based on the artefacts provided by the museum curators, and respecting the historical nature of the building, our team composed of scientists, architects and designers worked closely with the museum teams to organize and display the content, and tell the story of the collections. The overall design of the exhibition plays with the metaphor of nature, using natural elements converted to an abstract language of shapes and colors in the space, stimulating curiosity and transcending the knowledge with a dimension of imagination.

Located on the entire top floor of a historical colonial-style building from the Japanese era, the exhibition is divided in three spaces, two lofts with entrances on both sides and a central space surrounding the dome of the building. Each exhibition space unveils a distinct theme, both visually and in soundscape.

East entrance, The Path of Discovery. This first space leads the audience to experience the atmosphere in which the early naturalists explored the Taiwanese primitive mountain forest for the first time. A deep green low-key ambiance resounding with an insect and bird chorus, reveals aboriginal treasures and representative animal species, some of which are now extinct. In its center, a cabinet of curiosities displays the wonder of Taiwanese biodiversity that the first scientists started to inventory and share.

Central room, Taiwan's New Scopes. This white space, along a corridor, displays the major findings through the history of the museum. Playing with the abstraction of natural patterns and forms, the scenery is a tribute to all these specimens extracted from nature in the service of collective knowledge, in addition to their genuine beauty. Each of the showcases is dedicated to one of the researchers who contributed to the history of the collections, displaying their major findings. In this whiteness and an atmosphere of warm wind music and under the patterns of arboreal shadows, a wall reveals in its thickness a number of images and stories about the building itself through the decades.

West entrance, The Past is the Future. The last space leads the audience into a dark blue ocean of shadows where the fragility of aboriginal pieces and rare animal specimens interact with contemporary pieces of art. The electronic soundscape, the contemporary weaves and the animated projections of multimedia art enable the visitor to view the knowledge incarnated by the museum at the crossroads between the preservation of a heritage dedicated to the current generations and the scientific research which opens new understandings of the world. This space reminds us that knowledge of cultural roots is the best inspiration to invent the world of tomorrow. 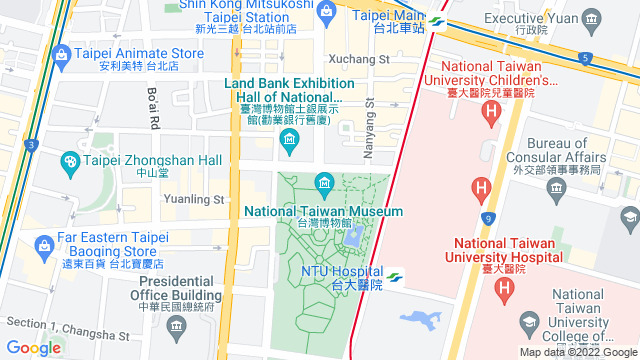