Save
The Queen’s College  / MICA 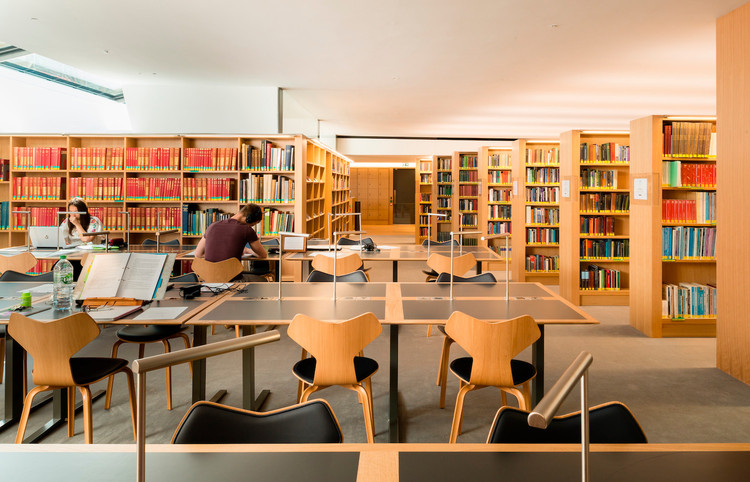 Text description provided by the architects. We have completed a major underground extension to, and refurbishment of The Queen’s College Library in Oxford. The 17th Century Library is considered one of the nest existing in Oxford, both in terms of its collection and grand building, although has long been overused and overcrowded. The new Library provides an additional 800m2 of space (doubling its size) and includes a new light-filled reading room; an archive for Queen’s historic Antiquarian collection; a new Peet library of Egyptology and a multi- purpose room for collaborative learning. The new Library sits beneath a new garden set at a subtle slope providing a new continuous rooflight into the slope of a Ha-Ha. The new rooflight brings light and extraordinary views to the spaces below. The existing Library has been liberated by the extra space and has been able to be returned to its existing arrangement and grandeur providing a single generous entrance to all three library levels.

The design employs 21st Century technologies allied with traditional trades and crafts to create a crisp and simple new interior with the conservation of historic spaces. We have also married large-format, frameless glass with rich tailor-made oak carpentry which lines every wall maximising the use of the precious site.

The project dates back to 2005 and is one of the final projects that Rick Mather worked on. Our appointment followed a double-competition which narrowed down both the site and solution for the extension. Having been on hold for 6 years the project restarted in 2014 the scheme has been further developed and completed by the longstanding team. For the commission we also completed Conservation Architecture work together with Landscaping which are both new in- house skills in MICA.

The new library has benefitted from its position in the ground and uses both new and established environmental technologies. 50m deep piles transfer thermal energy from deep below the building to the new air handling and heating/cooling coils in the plantroom. This technology works both to pre-heat the buildings heating systems in the winter and vice-versa in summer using the known thermal stability of the deep ground temperatures. The low energy strategy provides for both the new underground building and now also provides heating and cooling for both levels of the existing Library. 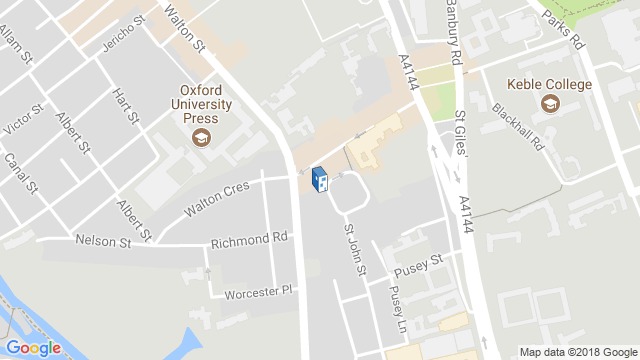 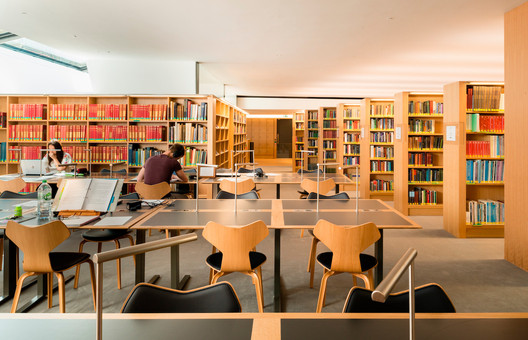