Imagine having input in the design process for your custom apartment built alongside the second largest river in Europe. T2.a Architects has unveiled their design for DANUBIO, a new residential development in Budapest, which aims to do just that.

The driving concept behind the development of DANUBIO is to give the freedom of design back to the residents, inviting them to give input into the configuration of units within the building. Using Grasshopper, a Rhinoceros plug in, a script was developed to allow creative flexibility in the design of each resident’s future home. This algorithm is altered every time a new resident enters the community by allowing them to define the typology, orientation, and location of their future home during the design process. 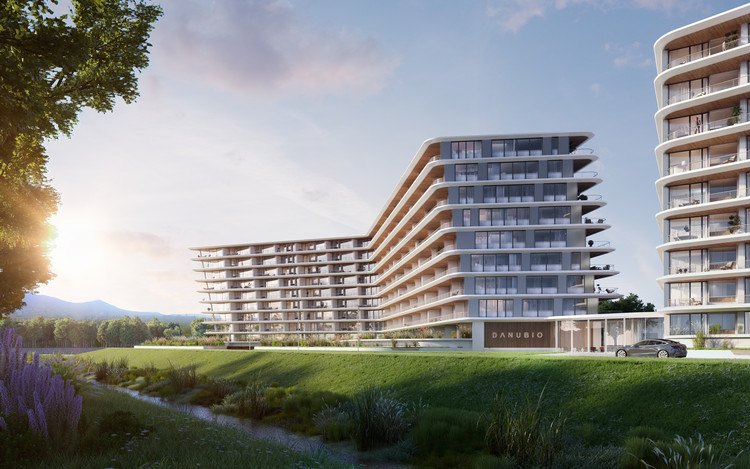 Oriented towards having as many views of the river as possible, the building will also feature large outdoor balcony spaces which will feel more like a continuation of indoor areas than a separate patio space. The form of the building, which bends and winds along the river’s edge, gives the complex a sculptural appearance. Featuring floor to ceiling windows, natural light will allow the building to reduce its environmental impact on the site. DANUBIO is slated to be the first residential development in Hungary to be assessed by BREEAM, the world’s leading sustainability evaluation method and is expected to obtain either a “Very Good” or an “Excellent” rating.

DANUBIO situates itself on a site that is currently under a large amount of public development. Once completed in 2019 it will be located near a public promenade, a large park, playground, and a beach area.