Save
In World's First 3-D Printed Home Community, Houses will be Built in a Day for $4000
Share
Or
Copy

Editor's Note: This story was originally published 27 March 2018. It was recently announced that ICON, the construction company leading the project, has successfully raised $9 million in seed funding for the project. A new video of the project is included below.

Tech gets a bad rap for serving developed economies in the interest of money-making. It often takes a few cycles for the technologies that are truly helpful to reach the developing world, hence the unfortunate, slow-draining term called the “trickle effect.” 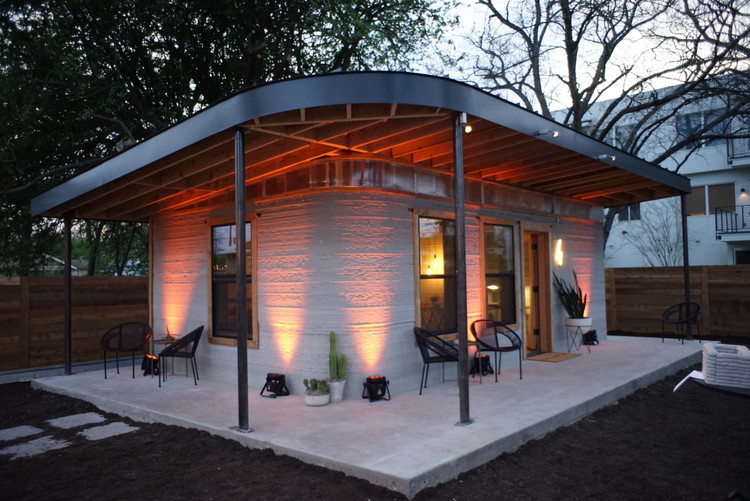 ICON, a construction company in Austin, Texas, and New Story, a non-profit focusing on housing, have come up with a 3D printer that can build move-in-ready houses for just $4000. The printer, called the Vulcan, is capable of printing a 650sqft, single-story home out of cement in 12-24 hours. And perhaps as a small way to upturn the trajectory of innovation, they are going to move the printer to Latin America, to create the world's first 3D printed community in El Salvador by next year.

“It’s our mission at ICON to re-imagine the approach to homebuilding and construction and make affordable, dignified housing available to everyone throughout the world,” stated Jason Ballard, CEO of ICON. “We’re in the middle of a global housing crisis, and making old approaches a little better is not solving the problem.”

The proof-of-concept home currently sits in Austin, Texas. The house has a living room, bedroom, bathroom, and a curved porch. It was unveiled during the SXSW Conference 2018 earlier this month.

The main material used is Portland cement. These homes are expected to last as long or longer than standard Concrete Masonry Unit (CMU) built homes, and are built to International Building Code (IBC) structural code standards. And although they are only planning to build up to 800 square foot homes for now, the printer is set on tracks on an axis, so it theoretically has an unlimited print area.

The companies are choosing to move to El Salvador because they believe these 3D printed homes can be a powerful contribution to a region that is hard-pressed for shelter. They have also started fundraising campaigns so that donors can fund a 3D home for a family.

In Latin America, 33 million people live in slums, and “homeless shelters” and similar services do not exist for the most part. Furthermore, human-built equivalent houses take between 13 to 20 days to complete and can cost way more due to labor and time. Hopefully, with the Vulcan, users can now download, print, and move into a new house in a day, and live in it for generations to come. 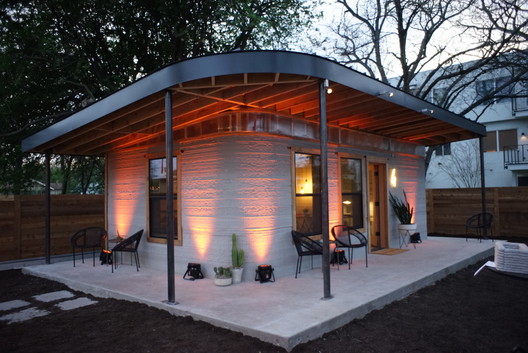