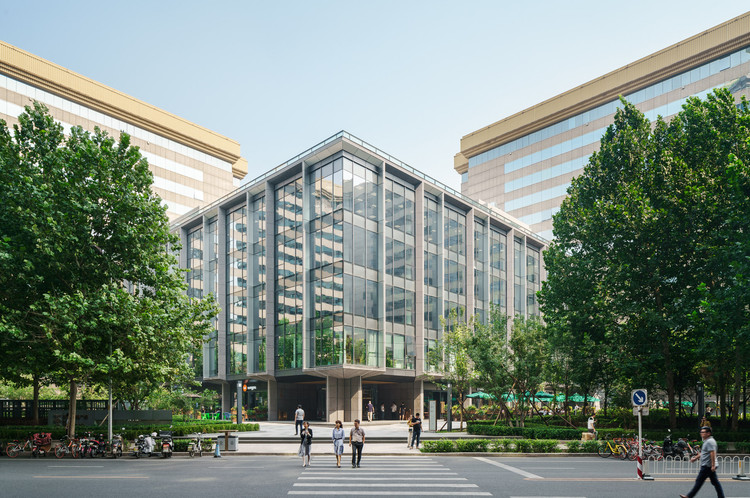 Text description provided by the architects. COFCO Plaza was built in 1996 and it occupies one of the best locations in the city; located 1 KM from the Forbidden City and Tiananmen Square along Jianguomen street at the cross with Chang’an Avenue. Kokaistudios has completed the architectural and interior design renovation of the COFCO Plaza building in Beijing.

The building is the symbol of an era in COFCO’s development as it was the first modern headquarter building for COFCO; a Fortune 500 company and one of China’s most important enterprises; and it was a witness to the incredible development of the company from a local enterprise into a world class business operating primarily in the food and real estate industries and stands as the embodiment of the COFCO spirit. While the main headquarters of the group moved to new premises over one year ago; the building still houses many main departments and is also home to the China headquarter offices for many large domestic and multi-national enterprises. Moreover the building is also representative of a style of public architecture of Beijing in the 1990’s. The main unique features of the building are the two V-shaped fourteen storey office towers (Block A&B) that cut into the surrounding urban environment at a 45 degree angle. These two structures on the North and South side of the plot are linked together by the central square shaped complex (Block C). This combination creates a structure with sharp corners that endow the building with a strong geometry that occupies a unique position on the Beijing sky-line. The original façade, preserved in the office towers, consists of horizontal stripes of beige granite stone alternated with reflective glazed strip-windows over a brown stone-clad plinth, capped by a golden roof. The interiors, largely renovated, are composed with a combination of beige stone tiles interspersed by geometric combinations of green and red marble, with stainless steel columns and railings typical of the post-modern design style of the 1990’s.

Kokaistudios was initially hesitant to accept this renovation project as the transformation of such an iconic building with such a strong design language into a contemporary urban space comes with its challenges. The existing interior condition of the atrium was characterized by an extremely concave / convex design with complicated contour lines and limited floor to ceiling heights. Having not been renovated in twenty years one of the major challenges to confront in the renovation was to adapt the building to modern codes and requirements. The renovation project has been divided into two phases, with Phase 1 covering the ground and below ground areas of the central Block C building, its external façade and landscaping. Phase 2 will cover the lobbies of the Block A and B buildings as well as their communal public areas. This strategy of implementation by stages imposes limitations and restrictions on the efficiency and final impact of the intervention however it was required by the client to ensure the on-going rental of the building by the current office tenants.

In determining the strategy for the re-development of the building we built on our root focus on the concept of 'innovation through renovation' that has guided our previous work on many innovative heritage and modern building transformations. Kokaistudios has worked to enrich the urban fabric by the re-purposing and re-examination of the potential of existing buildings. In addition we worked closely with the COFCO team to understand their brand and their culture and design a project that embraced and translated this culture into a spatial experience.

Prior to its renovation the central core of the building was home to many home-furniture showrooms, however this market had shifted to new locations in Beijing over the years and the determination was made to re-position the area to more corporate / office functions. Kokaistudios however did not take a traditional approach and instead we conceived of these areas as a hybrid office / hospitality project; where we would create both offices and also communal areas to support the function of main offices that occupied the towers above. This hybrid area contains fitness, dining, and business conference functions supporting the office towers and COFCO has established its own branded '3C' System for the office building; COFFICE (Smart Office System), COFCO Life (Dinning and Healthy Life) and COFCO Fantasy (Innovation Space, Shared Office and Gallery Exhibition).

The upgrade and reconstruction of Block C and the North-South axis to Block A& B has created an entirely new feeling to the building with the ground floor of Block C now functioning as an open city 'piazza' with customers inter-mingling and mixing on their way to the various areas of the building complex. The new service functions are a destination in and off-them-selves and create an appealing working and living urban environment for the users of the building.

The target of the interior design intervention was first and foremost simplicity. We wanted to eliminate the variations of the existing decorations that were not in harmony with the architectural space and recover the original concise spatial relationships of the building. With the architectural interventions programmed for Stage 2 of the project - in particular the demolition of the slab above the entrance in Block B - the 3 main Blocks will respectively be characterized by the main geometric shapes of the hexagon, the square and the pentagon.

Moreover, the spatial sequence of expanded and compressed public spaces - the three atria and corridors linking across them - will fulfill its potential and reach its climax in the central atrium, Block C, now open both above, below and around, seamlessly connected to the surroundings landscape through its new transparent curtain wall, a vertical composition of metal and glass.

On the top floors of the central Block C sunlight floods into the central square atrium from the circular dome that has been maintained from the original architectural project. This floating glass box reflects and refracts the sunlight to create a geometrical interplay that changes with the sun’s arc and creates a kaleidoscopic light effect that bathes the green space indoor gardens occupying the indoor courtyard. Precisely in order to blur the boundaries between inside and outside, the ground floor has been conceived from the outdoor landscape gardens in-wards, creating an inviting space which houses a series of cafes and restaurants.

The main architectural feature of the basement areas is the newly built spiral staircase, an elegant aerial sculpture that hovers it way downwards and allows people to perceive the entire central atrium of the building. The COFCO branded areas, including COFCO Life on B1, COFCO Fantasy on B2 and the fitness and leisure areas on B3, combine to create an enticing series of services that add value to office building and create a better environment for its users.

This focus on creating an inviting and comfortable environment guided the selection of materials, with an emphasis on sustainability, and plenty of green-spaces that have resulted in a tranquil environment that stands in strong contrast to the dull patterns of conventional office buildings. The creation of a modern and comfortable working and living environment however has been achieved in conjunction with a desire to dialogue respectfully with the original nature and design of the building; namely through the maintenance of two of the main original building materials; the green inlaid stone that serves as the demarcations of the main office block atriums and walkways linking the project and the stainless steel columns that give a continuity to the space

The re-design of the façade is also a representative of the fine line between the preservation of the original design of the building in Block A and B and the striving for innovation with the Block C building façade. Previously composed as an entirely solid block, it has being re-designed to meet the new needs of the office tenant areas as well as to gain its own individual expression and presence within the complex, while maintaining an equilibrium with the other two blocks.

Since the completion of the renovation project the COFCO Plaza has been lauded as a positive example of how urban renewal and regeneration projects can be under-taken in Beijing; respectful of the original design of the building yet aiming strongly at creating a new urban environment representative of the new needs of the Beijing market. Since re-opening the public areas of the COFCO Plaza have been rejuvenated and enlivened not only for the tenants of the building but also for the surrounding areas and the space has become a hub and catalyst for change also for the for the surrounding buildings and neighborhood. 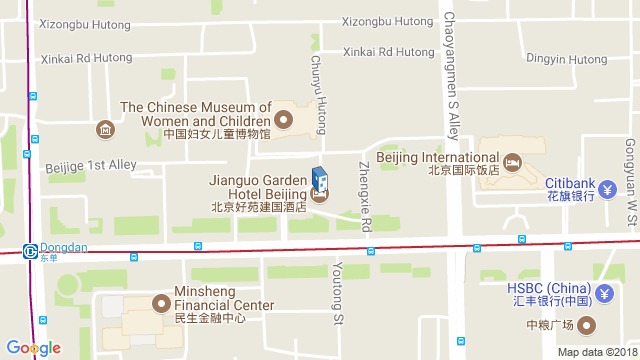 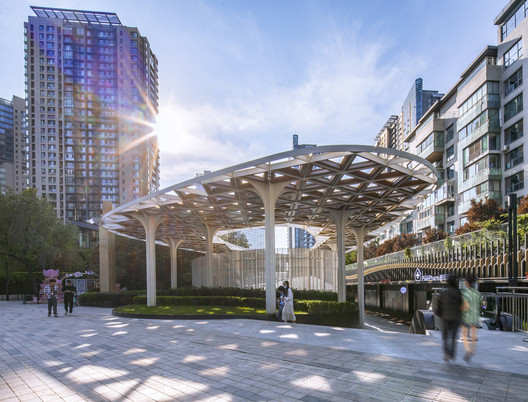 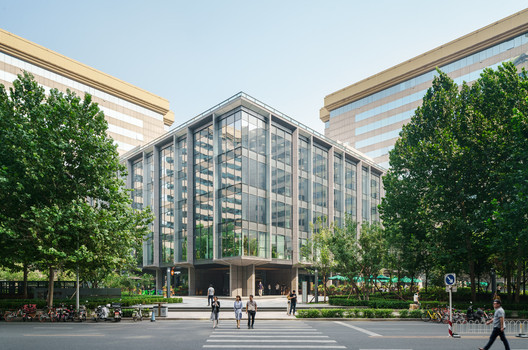