Save
7 Ancient Ruins Around The World "Reconstructed" with GIFs

Ancient ruins, like the Parthenon and Luxor Temple, can teach us about the past in a unique way. Through architectural remains, we can gather what building techniques and civilizations were like long ago. Even so, ruins can’t compare to the real deal, and historical reconstructions of these architectural wonders are key to a fuller understanding of the cultures that created them. In these GIFs made for Expedia by NeoMam and Thisisrender, seven architectural wonders are reconstructed into their original form, allowing us to see how the ruins visible today developed from the initial structures in all their glory.

The Pyramid of the Sun, Teotihuacán 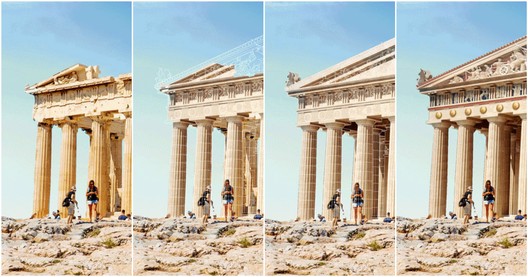