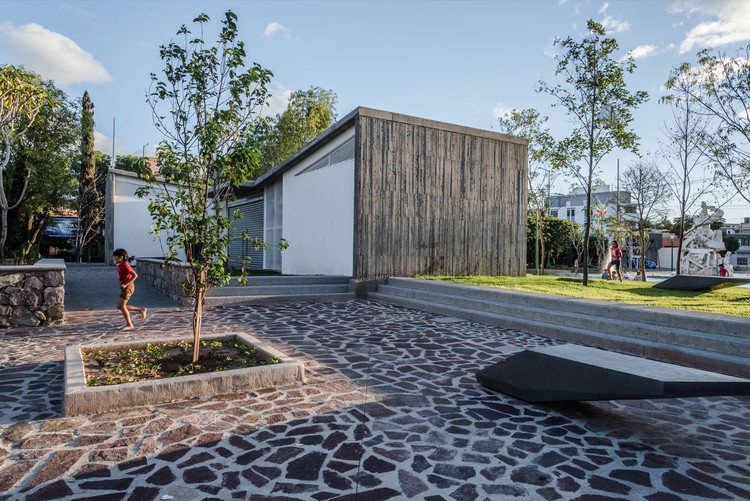 Text description provided by the architects. Public space is that territory of the city where multiple activities are generated so that different social groups can have a symbolic identification and thus promote the appropriation of space, since it is this dynamic that gives a true form of social integration, leaving aside the socioeconomic condition, idiosyncrasy, etc., and establishes us as equals.

Hidalgo Park was a space that lacked unity, product of its walkers that did not plan interesting routes besides having aggressive metal protections that prevented access to landscaped areas, dispersion of meeting points and services.

The rescue project clearly resolves the main and secondary circulations with the creation of small squares in strategic places which generate a meeting point, the concentration of the juveniles and children's leisure areas, the integration of a sports activities track urban areas and the redesign of the service modules, as well as the rescue of the forum of outdoor shows.

The landscaping project proposes the rescue of endemic species, sanitation and reforestation of existing areas as well as promoting free transit through the green areas, which are provided with urban furniture to help the meeting, sit down to talk and share the everyday. The project takes advantage of the goodness of having a sewage treatment plant in the west of the park, which will guarantee constant irrigation.

The materials used seek to keep up a range of neutral color looking for the shine of the hues and "green" textures, so the external pavements and buildings are clear in concrete, the pavements of the squares were made of stone with a subtle tone gesture red, the pavement of the main circulation axis creates a rhythm with pieces in different sizes and cloths.

The urban Furniture solves the needs of public space by means of three simple designs defined by simple geometrical tracings at the same time that it gives a utilitarian solution to the passer-by, such as parking the bicycle or being able to carry out urban activities.

The rehabilitation actions were carried out knowing and understanding the user as an inherent element of the space since it serves for the construction and consolidation of the citizenship.

The park now has the capacity to host the urban acts demanded by our society as well as generating an important social and economic trigger for the Barrio Arriba area; "When space becomes dignified and becomes civic, it allows the user to feel part of a human context and generate a new memory about the new environment, thus the identity with himself appears, his codependence and appropriation."

The first stage (Part East) was completed in November 2017 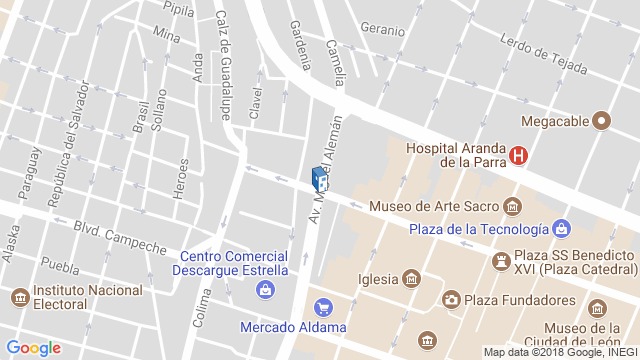 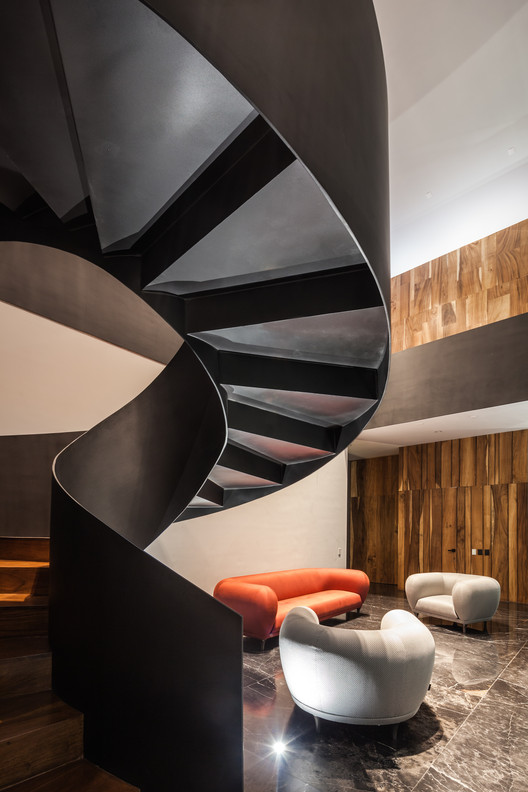