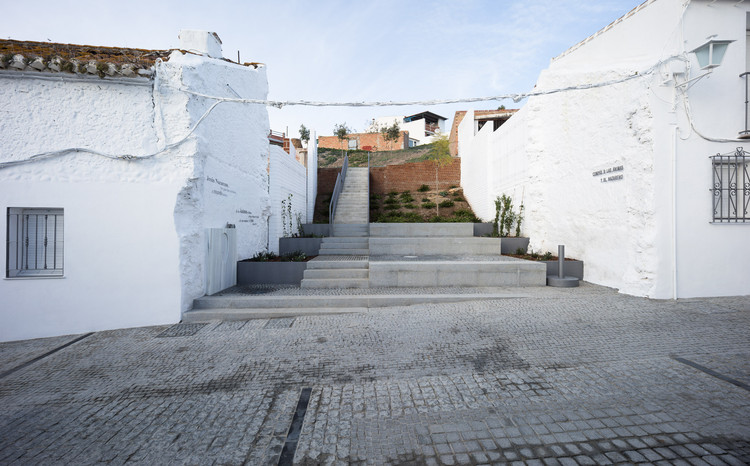 About the place and the intervention
Álora is placed as a bow of the mountainous landscape of Sierra del Hacho facing to the coast of Málaga and the Valley of Guadalhorce. One of its Its main highlights is its Castle surrounded by an ancient Arrabal (arab quarter). The village has a rich and interesting history related to the Moorish defence against the Catholics and about the beginings of the malagueña, a kind of flamenco song.

It took place an architectural competition for refurbishing and renovating the castle surroundings in order to renovate public facilities as well as attract new travellers. We purposed an intervention called “tapestry scale 1:1” which captures the energy of its  landscape. It would be a kind of stone map which would help the visitant to see, discover, know and experience the cultural landscape. The first phase of the complete intervention has been a small square called Compás de las Ánimas y del Nazareno.

Compás de las Ánimas y del Nazareno
The small square occupies the place of two dwellings, demolished some years ago. It would be used as a compás (open air place close to a church for waiting or resting). It takes the name from the religious images guarded in the Chapel of the Castle: the Virgen de las Ánimas and Jesús Nazareno de las Torres. Their street processions take place on Holy Friday during Easter. They stop in the front of the compás. Thus, the space, during Easter, would be like a tribune.

The place, thanks to its textures, colours, aromas, texts and pavements, shows its domestic past, underline its religious present and offers itself to the meeting of inhabitants and travellers. In its walls some texts tell the amazing discovering of the thrones. The “fountain of the souls”, pilar de las Ánimas, it’s a spring which blows water through the eroded stone. The slope is used for creating long stone benches surrounded by aromatic plants. It finishes in a stair seeming a floating carpet which takes us to an upper belvedere to the Valley of Guadalhorce.

We would like having captured a bit of the essence of the rich history of the cultural landscape of Álora. 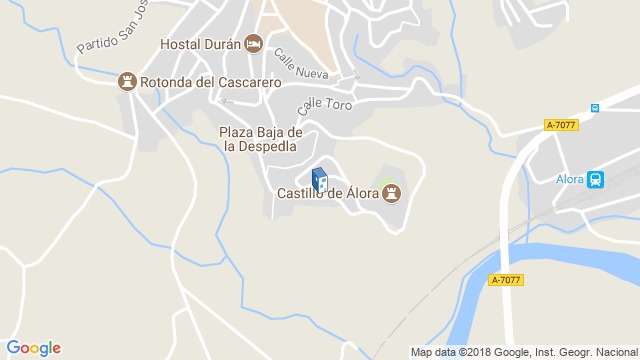 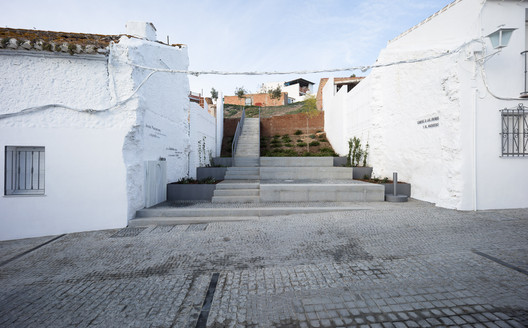