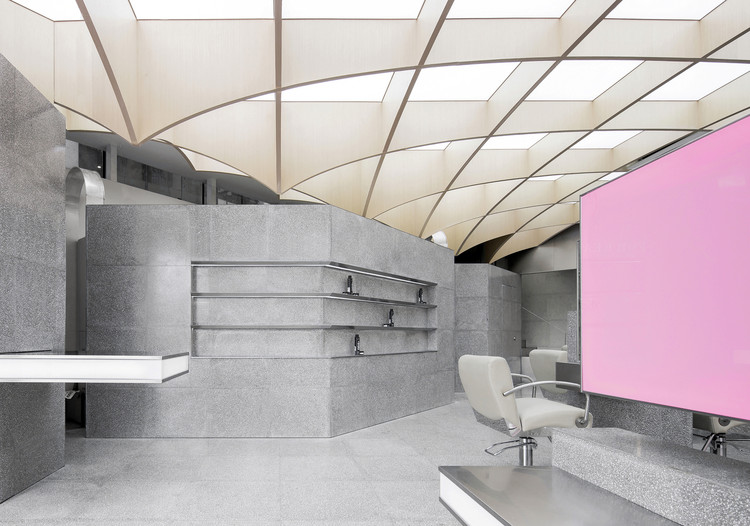 Chapter 1 The ending that have been completed
Everything is changing in each moment, but nothing will be disappeared. This project is about that an old Shanghai style barbershop wants to transform to be a women’s life experience museum. The customer found and told us that he looked forward to meeting a breakthrough here--to create a design which not only conforms to current fashion trend, but also not be limited in an old-school vision. The group members of the Mur Mur Lab always have to find some ways to figure out difficulties after much anticipate, so that they never stop their steps to research the relationship among the architecture, build, design and the humanity. The design which creating a new space in the original boundary will be a self-consistent design, like building a room in a house.

Chapter 2 space is performance
The original site is a three-floors building, facing a commercial square. The building’s appearance likes a face expressing  its attitude to the surroundings. And the interior space can become an entirety with a comfortable atmosphere. Communication is the fastest way to gain some information and the introspectiveness is the method to build internal order. Space, the gap be established between the communication and the introspectiveness, is a medium that the object wants to express something. The final design will close to the real dream, at the mean time, it will construct a series of incredible scenes.

As Mur Mur Lab said, space just likes performance. The people who active in the space is performing.

The space of the first floor just likes an immersion theatre, the ground which is wrapped by terrazzo self-contained with the thick wall. It let you have a desire to look up. It’s like a canopy. It’s slightly uplifted, which is like a dome covering the stage. Touch it lightly and the cold and the warm are like taking.

The arch is not only a cover but also a limit. On the second floor, the arches extend to the space in different direction.With one piece overlapping another piece, it makes the space become several levels.At the mean time, several arches also can cross to each other.It makes the space have no boundary. Under the decorate of the arches, the space seems like a fashion show. My girlfriend told me:” the mild curvature surround the flower and dessert softly, make people wanna stay here and have a tea-time.”

The space’s face is not always serious. Sometimes we can find a kind of cute point in here. For example, there have a pair of corners on both sides of building, they are the showcase in the first floor. The shadow of cloud and sky is reflex on the tough glass brick and then soften it. Behind the calm, the conflict between the dramatic and the realistic of the space is concealed.

The distance between soul and reality is far away. It exists and is true. At the moment, the offline maybe is calm, but the online is lively and extraordinary. What else is more important than the peace of the moment.

When space is expressed in words, it always looks pale. The color and the shape which is seen directly with the eye and the richness of the atmosphere, taste, and experience of being in a sense of space seems to be slightly defective under the description.I want to say that i only can have a try to express. 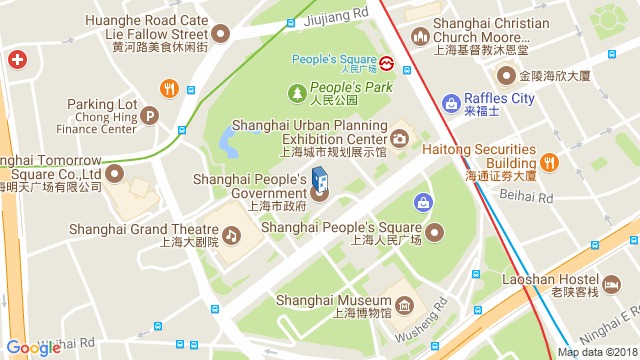 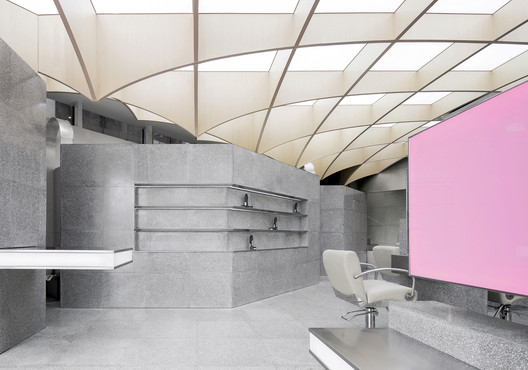