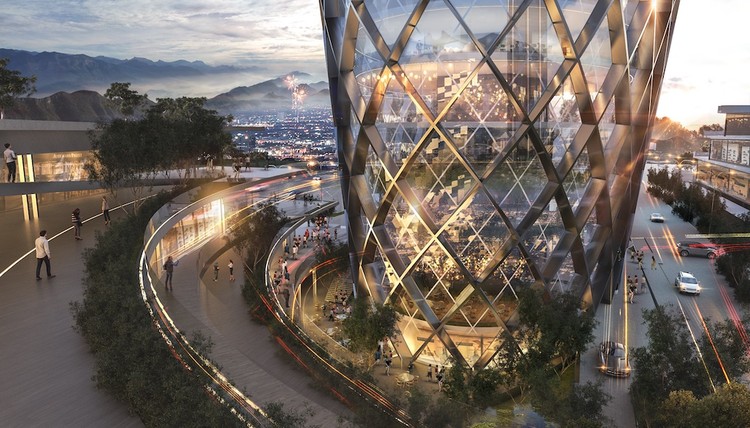 Proyectos 9, a Monterrey real estate developer, announced Sordo Madaleno Arquitectos as the winners of the international architectural design competition for the construction of Constitución 999, a new mixed-use complex to be erected in the downtown area of Monterrey.

Through this contest, and with the aim of initiating the process of urban regeneration in the center of this macro-city, the proposal contemplates the redensification of the Mirador neighborhood, opting for the unification of residential, commercial, corporate and hotel uses within this underutilized area.

Integration, appropriation and revitalization are the 3 factors that became the basis of the design of the winning project: an architectural exercise where not only an isolated project was proposed but physical barriers were extended to its immediate context to generate a dialogue with the city and achieve the purpose of regenerating public spaces in the area, such as the Plaza de los Compositores.

The masterplan was designed in two development phases by Sordo Madaleno Arquitectos, contemplating the union of several plots around the initial project for the creation of an epicenter of action with an ellipse configuration, which permits the blurring of urban limits and connecting different masterplans, resulting in the insertion of the central building inside the ellipse.

The main element of the complex consists of a tower that combines offices, hotels and homes inside, with a unique aesthetic that was the result of the integration of an innovative structural system to the facade of the building. This new tower will rise 227 meters and will become the new urban icon of Monterrey.