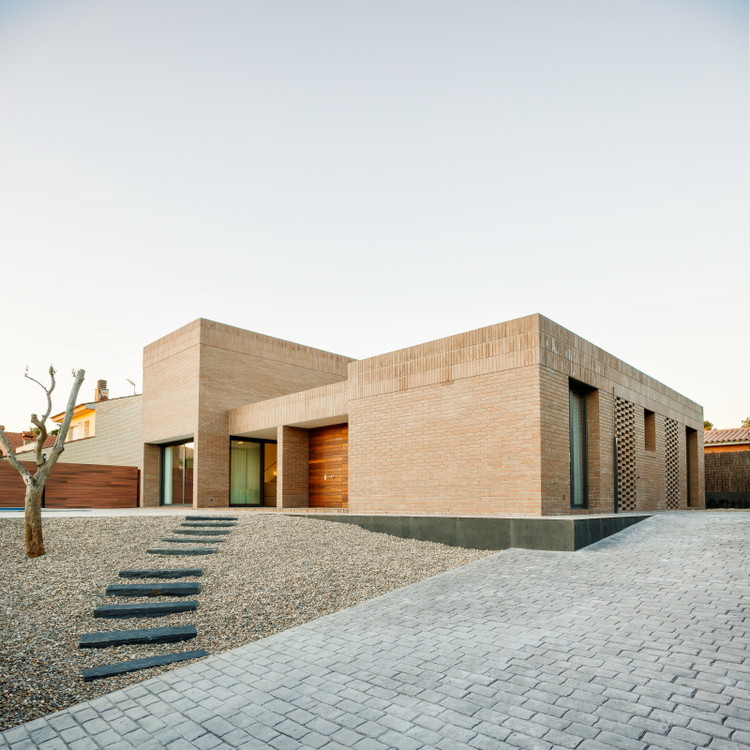 Text description provided by the architects. The project involved the design and construction of a suburban detached home, located on a square 600 m2 plot.

In general terms, the residential development where the house is located is made up of plots with a considerable level of occupancy and development potential, with minimum spacings between neighbouring plots that are not overly generous.

This results from the fact that the residential fabric is less spaced out than we had initially hoped, and so a home was planned with an emphasis on preserving its privacy from neighbouring homes.

To that end, a U-shaped house was designed, placed as close to the western boundary as permitted by building regulations. There are two stories on this side which are mainly closed in, offsetting the presence of the neighbouring property.

The short side of the "U" acts as a coordinating element between the entrance and access to the home, and for the building's horizontal routes. This wing has a porch that directly connects the sunny outside garden area, which contains a swimming pool, to the living room.

A mainly shady rear patio is located between the long sides of the "U". This patio is intimately connected to the kitchen and living room, as well as to access to the house and its interior routes.

The intended kitchen and living room space is double height, with an open and airy study on the first floor. 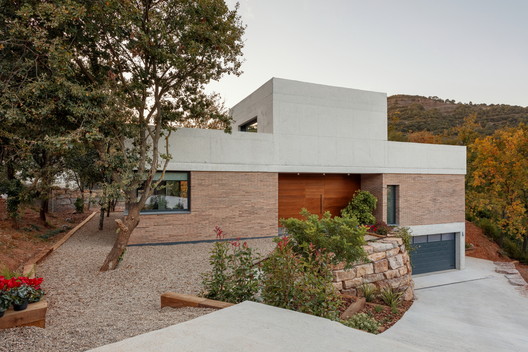