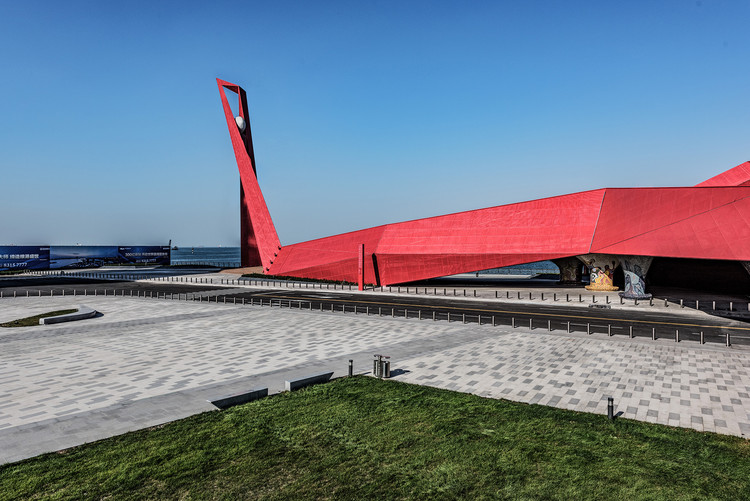 Text description provided by the architects. The concept of Xifeng Bridge is the spread-open wings of a phoenix, which is an auspicious bird and a symbol of peace and harmony. The ancients believed that phoenix would fly over if the world is in peace and prosperity. The oracle of "Feng" is like the oracle of wind, meaning the omnipresent and spiritual power of wind."Huang" is pronounced like the "Emperor" in Chinese, meaning the supreme power. Therefore, phoenix is also the symbol of Chinese imperial power, and is usually paired with dragon, which is a symbol of lucky and harmony.

In the choice of colors, red and wood have been combined in the Xifeng Bridge. Red symbolizes energy, vitality, willpower, fire and power, while wood symbolizes calm and warm, giving an intimate feeling to people of returning to nature. The combination of polyline shape and red and wood material creates a simple, clean, conformable and stylish space atmosphere.

As for the paving design, simple yet stylish dark gray and light gray granite are blended together with dynamic lines, creating an active space that echoes with the theme of the bridge, and creating a stylish waterfront plaza. Meanwhile, a variety of deformation planting bed has been provided as seat benches for people to have a rest, and group greening on the two sides of the steps create a more soft and natural space.

The bridge pier is inspired by the auspicious clouds which is "Origin symbiosis, harmonious communion". Since ancient times, there is always an auspicious cloud under the feet of the mythical animal, the combination of both indicates good luck and prosperity. The culture of auspicious clouds in China has a long history of more than a thousand years, which is a representative cultural symbol of China.

The "clouds" pattern first appeared in the Chu region of late Zhou Dynasty, from then on, a decoration style of combining clouds and animals prevailed over the Chu region. At the Qin and Han dynasty, this style prevailed over the whole country and reached its apogee. The cloud is wonderful and magical, its changing shapes are charming and attractive. Therefore, in the opinion of the ancients, cloud is a symbol of good luck and promotion, and the creation of God. The streamlined bridge pier indicates the clouds under the feet of phoenix, Antony Gaudy's ceramic mosaic art has been used as the material, which not only enriched the spatial characteristics under the bridge, but also echoes with the coastal culture. 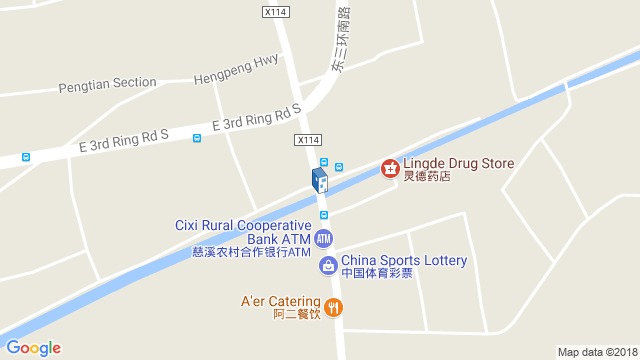 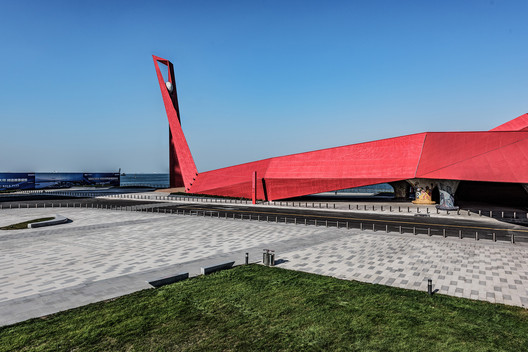