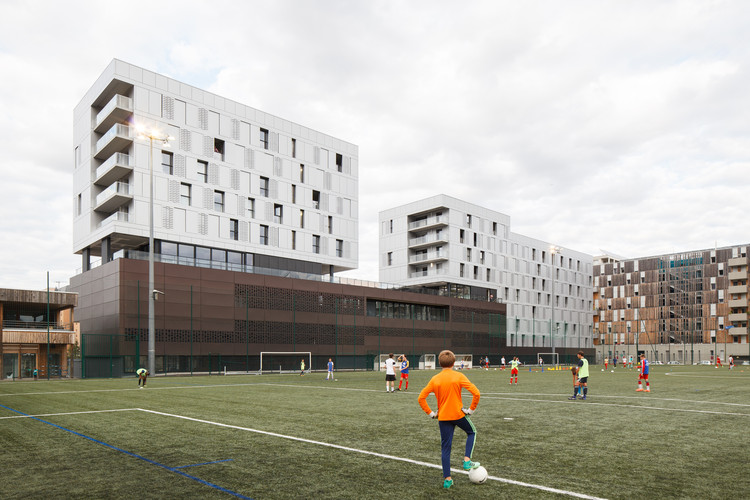 Text description provided by the architects. The site is located in Lyon, in the changing district of Confluences, block D. The plot is intimately related to its context; especially at the Sonny Anderson football field and related sports facilities. The site is bordered to the North and East by 2 sets of large housing. It then opens on the quays, the Saone and the hill of Sainte Foy-Lès-Lyon with a perspective that also emerges very widely to the South.

This situation totally liberates the view and gives the building a major importance in the perception of the entire neighborhood. The campus includes the following schools: Superior school of artistic  works (ESMA), School of Photography and Game Design (ETPA), School of Cinema & Audiovisual Professions (CinéCréatis) and a student residence of 224 studios including 45 in colocation spaces. We wanted to break down very clearly the two functions of the program which is superposed: school and residence for students.

First, the socle formed by the school and its means of access is defined. The "shell", massive and protective, thus contains work spaces. Studious and controlled atmosphere. It characterizes the school envelope, dressed in a copper-colored metallic skin, partially pixelated.

An amphitheater of 200 seats finds its place at the forecourt. The cafeteria and its panoramic space between school and residence are superimposed on him. This set thus forms a coherence inscribed in the verticality and signal on the river side. An event program can be welcomed.

The "superstructures" are constituted by the buildings of the residence, bodied by metal bins of satin natural aluminum shade to hang the light with a set of perforated sliding shutters. We wanted to insert between these two functions an open space, an urban terrace at the 3rd floor, and thus restoring a space of life, exchanges, distribution that the smallness of the plot does not allow to create on the ground.

This partially protected and shaded area contributes to visual permeability to the South from the adjoining North building and the boulevard. Users come here like on the deck of a ship, taking advantage of the unobstructed view to the South of the neighborhood, the river and the hill. 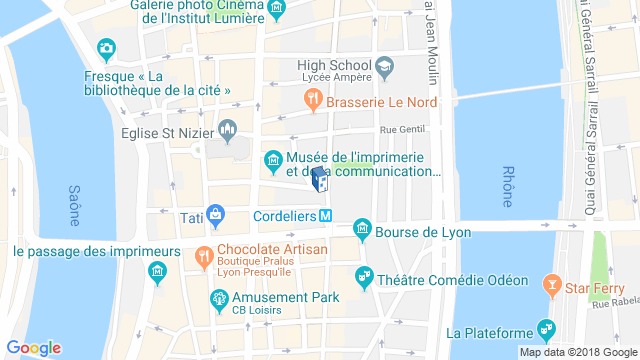 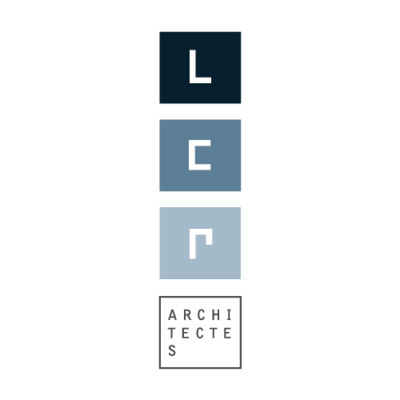