Micromega’s winning proposal for the new Public Power Corporation HQ in Athens seeks to define the company’s public character in creating an integrated urban park around and under the structure. The site which held the steam-powered station is to become a contemporary landmark for the city whilst establishing a dialogue with the historical complex and the existing old electricity factory.

Through Micromega’s design, PPC’s commitment to sustainable forms of energy will be established by three main “topoi” (spaces) that educate and express the company’s renewable sources – sun, wind, and water. In the creation of the new urban park, the architects hope to activate environmental awareness, reminding the public of the alternative clean sources available.

The first of the three proposed spaces will be a linear canopy that can accommodate exhibitions, markets and events known as the “Sun Path”. Overhead, a mesh canopy will play with the sunlight to create an ephemeral experience and support photovoltaic panels that will provide the energy for the rest of the park.

North of the park there will be the “Air Garden” including a large amphitheater lowered into the ground that can host performances, meetings and events. The space will be surrounded by a plantation of wheat for the public to envision the flow of air as it passes through the vegetation.

The final of the topoi will be the “Plaza of Water” formed of a shallow pond that will generate a natural cooling from the convective heat transfer across the surface. Steel chairs around the water form the urban equipment for the users to manipulate the space to suit themselves

The public nature of the space and the building will be further enhanced as the structure is elevated onto a piloti to create a fluid connection between the outside areas. The building will be broken into three units to reflect on the language of the old building complex, as the central bronze core will be based on curved geometry to communicate the main entrance and create a balanced whole. As the sun is a large factor to consider in Greece, the façade will be determined by the shading filters that control the views of the neighborhood and diffuses the sunlight. 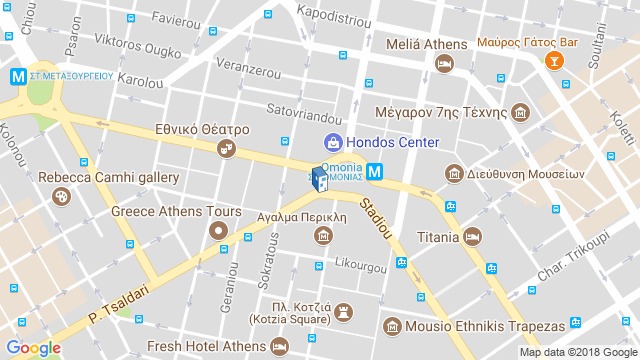