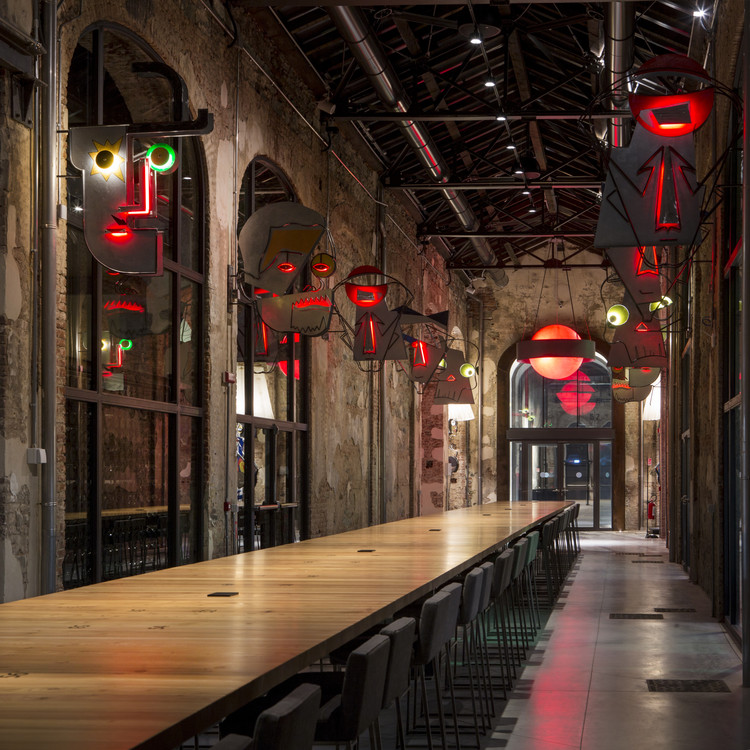 Text description provided by the architects. The aim of the project is to preserve and respect the existing industrial atmosphere of an incredible historical architecture such as the “OGR” (the former railway repair workshops from late 19th century). The interiors design refers to the style of the early 20th century when the “OGR” was the beating heart of a city that was thriving on industrial development. Where the building itself was the core of innovation and technology.

Snodo is in the middle of the building, in the place where the trains could pass from the north to the south area. Snodo is the space dedicated to culinary arts, designed trying to find a bond between innovation and tradition, between the material used in the early 20th century such as rough wood and coarse iron with nowadays innovation and technology such as led lightings and projections. Ironic faces lamps as a reference for futurist sculptures stand on the corridor where the train used to pass through and where now there is a 25 meters wood and iron social table. Contemporary projections on the wall behind the bar play with the lights during the evenings and giant floor lamps stare at you while you sit on wood and iron armchair.

These are some of the many atmospheres you can find inside Snodo, which is both physically and symbolically the passageway where the contamination between creativity and innovation in the design as in the culinary and enogastronomic arts takes place. Five distinct areas form an all-around enogastronomical experience: the restaurant, the top lounge area, the premium restaurant, the cocktail bar and the smart bar area. Snodo has the spirit of a handcrafted design died a long time ago and reborn nowadays with the help of the technology. 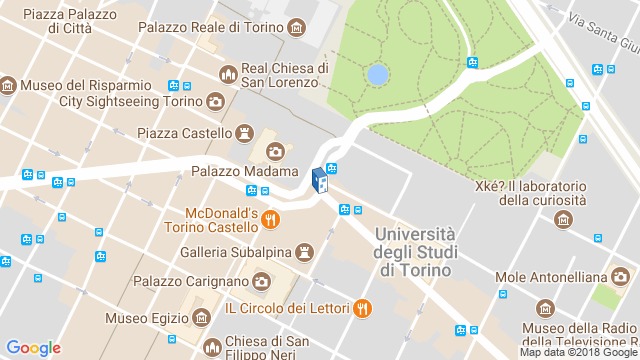 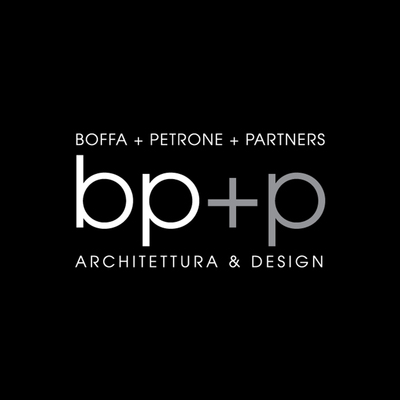