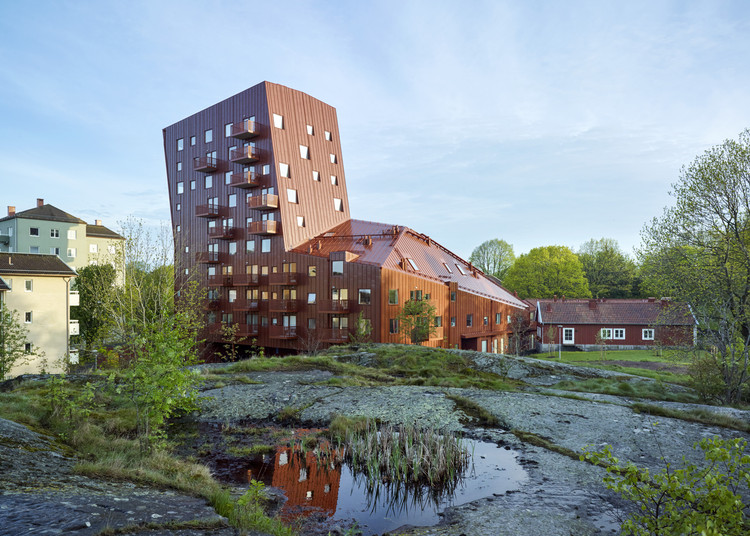 Background: Putsegården is the only remaining farm from the agrarian history of the region at a site populated since antiquity with a 14th-century church as one of its closest neighbours. The intention of the municipality, when they started working on a new detailed development plan, was to preserve Putsegården. The means to carry the costs of the intended restoration was to create the possibility to build a new multi-family dwelling.

Design: One of the greatest challenges of this project was to handle the exploitation needed to make the project financially tenable. A new approach to the assignment, where the form of the building itself became the heart of the project, proved to be the winning way, as it got the approval of both the municipality, the church and the local folklore society.

The addition of a new historical layer has served as both a link and a border between two existing time epoques and the form of the building has created an improved spacial configuration for the surrounding area. The poor technical status of the buildings led to a process where the buildings were stripped down, carefully documented and then rebuilt with the support of a photo documentation from the Historical museum dated back to 1948.

The new building connects to the gable of the rebuilt barn. It starts off in a single storey scale, gradually grows alongside the neighbouring lamellar house, reaching its highest point at ten storeys where it meets the street Inägogatan and its existing tower blocks. The form of the building plays along with the surrounding topography and buildings creating outdoor spaces with great spatial qualities. A public walkway leads through the building, via a portico, creating a dramatized meeting between the city of 1950's and the old Lundby church village.

Roof and facade cladding consists of sheets of aluminium. Both the cladding technique and the colour scheme ”Falu Röd” - a traditional Swedish colour originating from the mines around Falun - connect to old Swedish traditions and craftsmanship. The consistency of colour and material strengthens the form of the building and its function as a space-creating figure. The form of the building har also created a wide range of apartments with unique qualities. There are apartments similar to the terraced house, those with loft qualities and those with a spectacular view in three points of the compass. 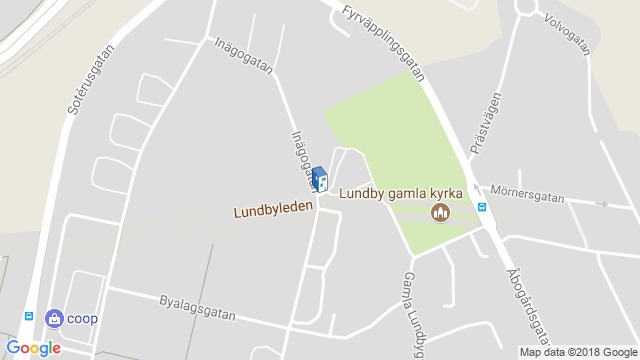