Save
OMA's Colorful Base, Tower and Ring Scheme Wins Competition for New Courthouse in Lille, France

Update 2/20/18: We've added a gallery of additional images to the post!

OMA has been selected as the winner of an international competition for the design of the new Palais de justice (courthouse) in Lille, France. Located on the outskirts of the city near the historic Vauban fortifications, the new courthouse will house the high court and district court of Lille within a colorful, expressive volume. 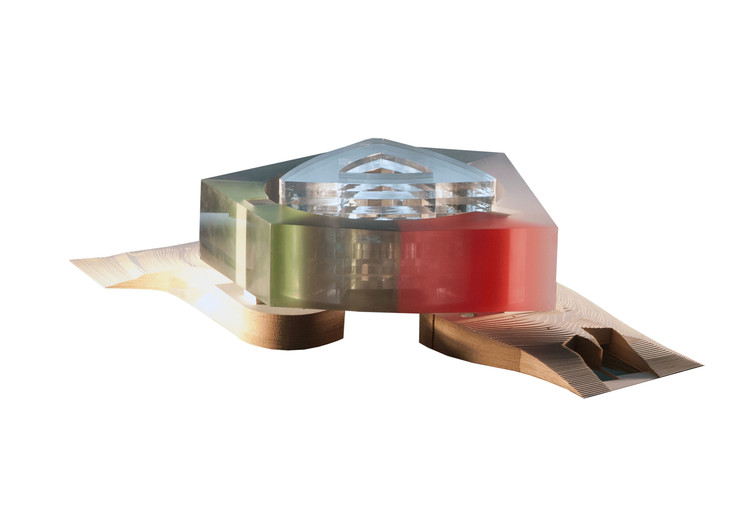 Led by Ellen van Loon and Rem Koolhaas, OMA’s design team has developed a “multifaceted building that is able to address a wide range of different elements from the city’s past and present.” Public services and the major courtrooms will be located at the building base, while minor courtrooms and supporting spaces will be contained within a central, triangularly-shaped tower. A ring of offices floating over the base will surrounding the tower, offset to allow natural light to pass through the building.

Each of the three core volumes will be uniquely represented in material and detail, while interiors spaces will stress the importance of comfort and transparency in the judicial process.

“The interiors of each of the building’s components are conceived to make all the procedures of justice accessible, even inviting, free of the intimidation that has traditionally been the main characteristic of the architecture of justice,” explain the architects.

OMA has an extensive relationship with the city of Lille, having designing the masterplan for the new Euralille district in 1989 and the Congrexpo conference and exhibition center in 1994.

The Palais de justice project is being developed in collaboration with Saison Menu, WSP, BMF and Quadrim, with an expected completion slated for 2023. 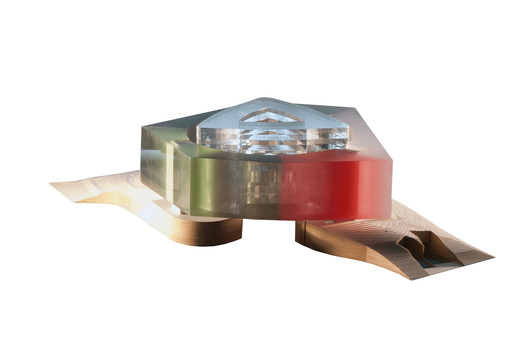