Beirut has seen an influx of wealth into the area ever since the end of the Lebanese Civil War in 1990. Large-scale developments and designer architecture from Herzog & de Meuron, Snøhetta and David Adjaye have been popping up throughout the capital, much like its Middle Eastern neighbors. Retro67 by Andrea Vattovani Architecture, together with local architects Plan Bee Architecture, will celebrate the appearance of the old town of Beirut and reinterpret the traditional stylistic elements with the modern flair that is becoming the city’s favored style. 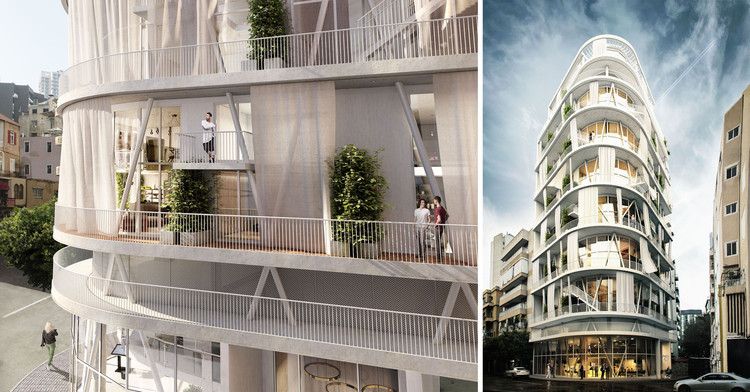 Retro67’s unique identity and connection to the city's heritage will be distinguished by the external curtains defining the open façade. Due to a large amount of sunshine in Beirut, it is imperative for the architects to protect the building from direct light and heat through some form of sunshade. Drawing from the local context of the city and sticking to tradition, the ethereal curtains will prevent overheating throughout the day and offer the residents privacy at night.

On plan, the difficult shape of the site has led AVA to design a curved façade for Retro67. This will continue the language of the streets below while it associates with the several round buildings quintessential of Beirut’s architecture. The building’s design respects the structure of the city in plan and will improve it.

On the ground floor, Retro67 will facilitate several retail spaces and above there will be six floors of duplex apartments with floor seven bearing simplex apartments. All of the apartments will include generous terraces outside the loft-style spaces with the facilities for the residents to grow their own vertical garden across the façade. The duplex apartments will include a mezzanine level for the bedrooms with double height windows allowing sunlight to fall onto the living spaces below. At the top, there will be the penthouse boasting 270-degree views across the Beirut that can be enjoyed along with a swimming pool on the terrace. 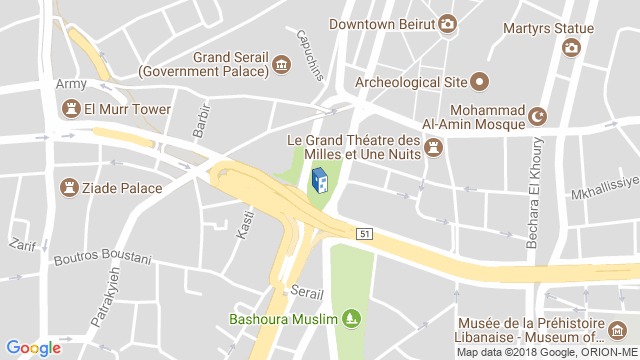 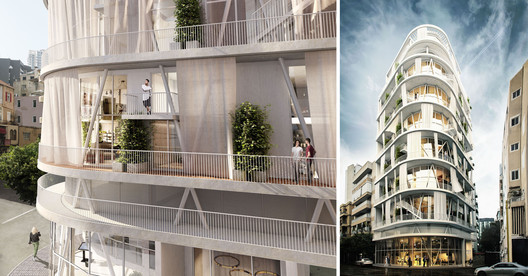