Snøhetta has won a competition to design the new headquarters for Banque Libano Francaise (BLF) in Beirut, Lebanon. The building will feature a geometric facade and several large outdoor terraces carved from the built volume to create a vibrant workplace community. The project marks Snøhetta’s first ever commission in Lebanon. 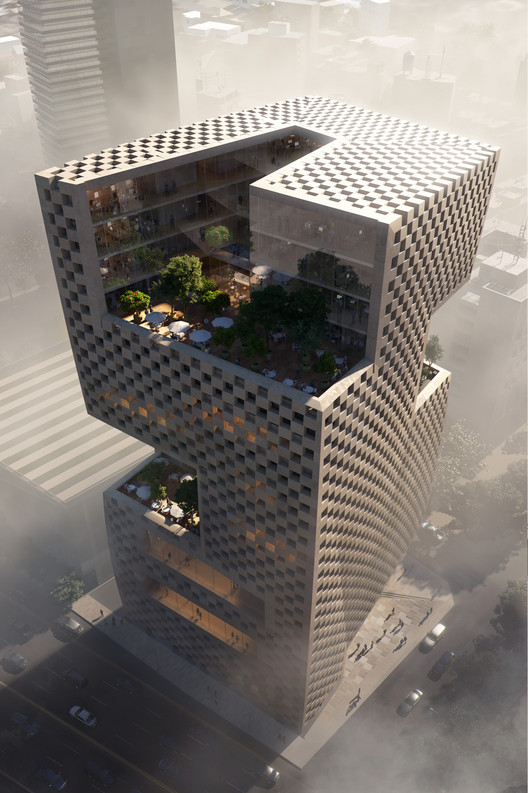 To create a building emblematic of the evolving strategies of the corporate world, Snøhetta approached the design with an architectural language that is “both generic and conceptual at the same time.” The result is an aesthetic that speaks both to the future of the bank and its surrounding city and community.

The BLF Headquarters will contain both public and private areas. Public spaces are found at the building base, where the building’s permeable facade encourages a connection to the street and the larger neighborhood. Workspaces are designed to encircle the shared terraces, carved from different sides of the volume as it rises. The terraces will serve as the nexus of the work environment, acting as social hubs which form the primary organization for the entire office.

“We are delighted to enter into this creative partnership with the BLF. In a time of profound change and transformation, the BLF is an ideal partner for Snøhetta with our shared ideals of sustainability, community, and dialogue.”, says Snøhetta founding partner Kjetil T. Thorsen.

Snøhetta will continue working to finalize the design. A timetable for construction has not yet been released.