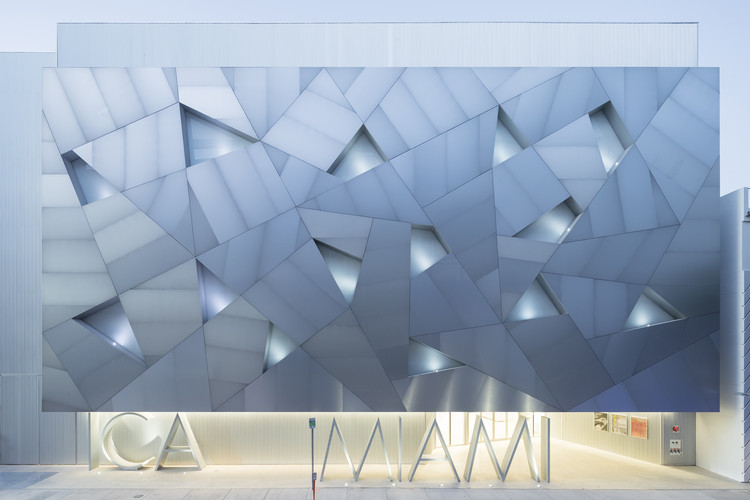 Text description provided by the architects. The new Headquarters of ICA MIAMI Foundation is a museum that offers itself to the city and is conceived to become an international artistic reference and an icon of Miami’s cultural offer. The architectural tool used to achieve this target is based on a luminous cubic volume, as a “Magic Box”, a “Boite à Miracle”, open on its two north and south fronts through two perforated and reflective facades.

In the southern facade, the main entrance appears as a transverse passage, which is the lobby of the museum and connects us with the sculpture garden, located in the north of the site. The southern facade is metallic, aluminium, bright, solar, mirror and announcement of the events that will be held at the museum. It is closed, protecting the exhibition halls from the direct solar radiation of the south. The facade is pierced by luminous small openings that respond to a triangular geometry, a consequence of the evocative fracture of the lateral movements of the strong hurricane winds. Underneath the metallic plane, floating, a horizontal strip is created on street level, a shadow where the letters of ICA MIAMI appear, large and deep, like the columns that support the building.

The museum opens to the north with a glass facade, giving natural light to the halls and being the holder for installations and temporary artistic creations made with different illuminations or vinyl adhesives on the glass. The exhibition halls are neutral, white, bright spaces with the sufficient height for large format installations. The museum complex is complete with an exterior space, the “Garden of Sculptures”, conceived as a large outdoor exhibition hall. 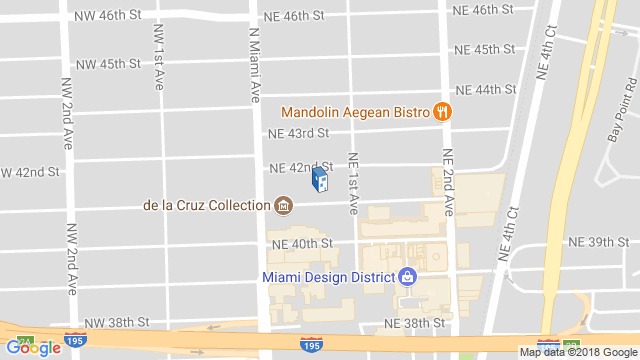 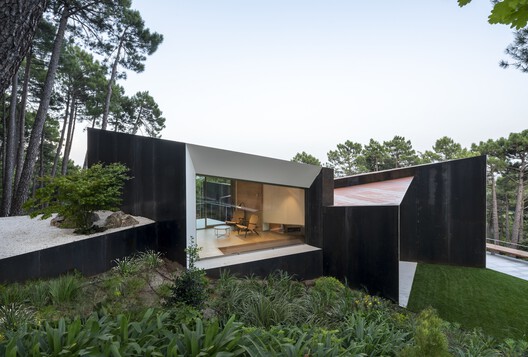 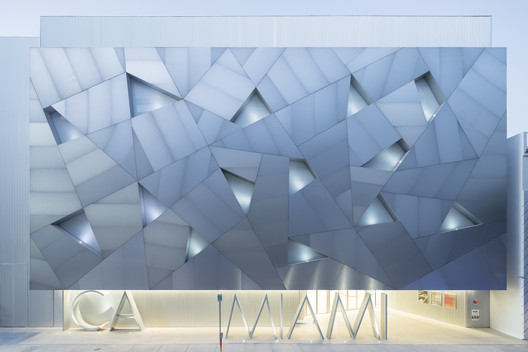