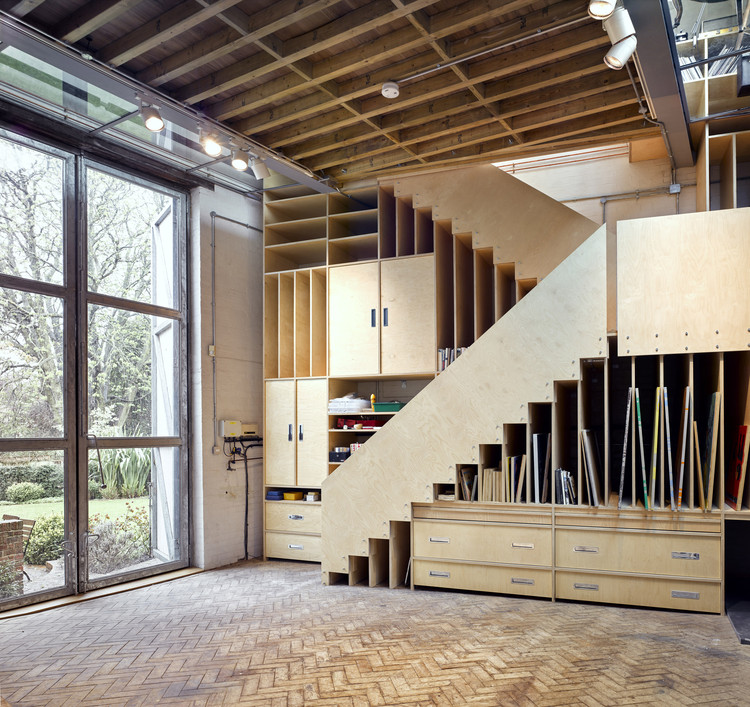 Text description provided by the architects. The studio at Greville Road dates from the late nineteenth century and was once the work place of the sculptor Willi Soukop. The current owner is the artist Ben Pulsford and he has used the studio for the last twenty years. The requirement of the brief was for the creation of additional work space together with plenty of storage for his canvases and materials.

The project entailed the insertion of a floating mezzanine into the seven-metre vaulted studio space. The new floor was designed so that it kept free of the perimeter walls and kept clear of the tall studio doors. Glass floor panels run along two sides of the mezzanine to maintain the sense of openness.

The new staircase was conceived to be an integral part of the large storage unit and read as one entity. The spacing of staircase treads established a module which formed the rhythm of the whole storage unit. These developed into a series of vertical fins that could be inhabited in various ways for the storage of paintings and materials. Double depth storage is available under the first flight, slimming to a single depth under the upper flight. The entire storage unit is constructed from birch-faced plywood.

The listed building officer from Camden supported the continued evolution of the space as a living working artist's studio, able to adapt to the occupant's requirements 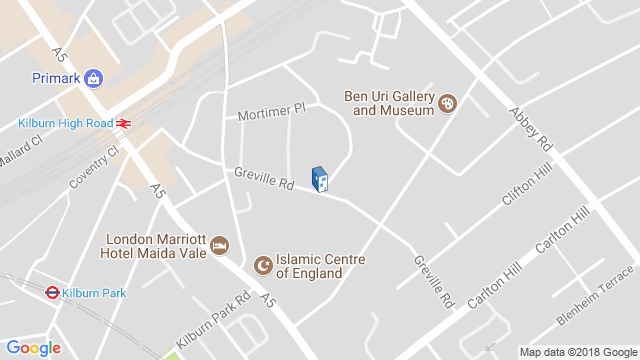