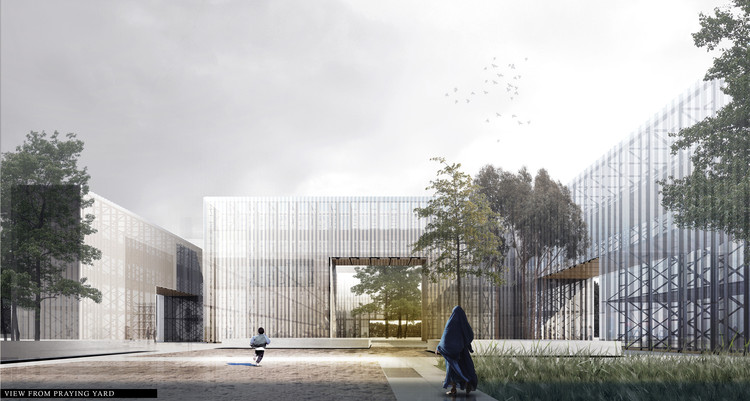 Impulse utilizes the community as a whole to implement a social reintegration process. The project clusters six families together per modular shelter. Clustered modularity allows the community to transform their former emergency tents into more permanent housing projects.

With Scaffolding City, Quang Le focused on sustainability by designing an infrastructure which would clean and rearrange the ruined city systematically. This flexible model would allow the residents, who know their city better than anyone else, to reform and repair it.

Always Growing proposes a basic steel frame structure, provided by the government, which then allows all to participate through the design and construction process. Separated living spaces, recycled materials, and other details could be chosen by the residents to enhance their sense of community, belonging, and ownership.