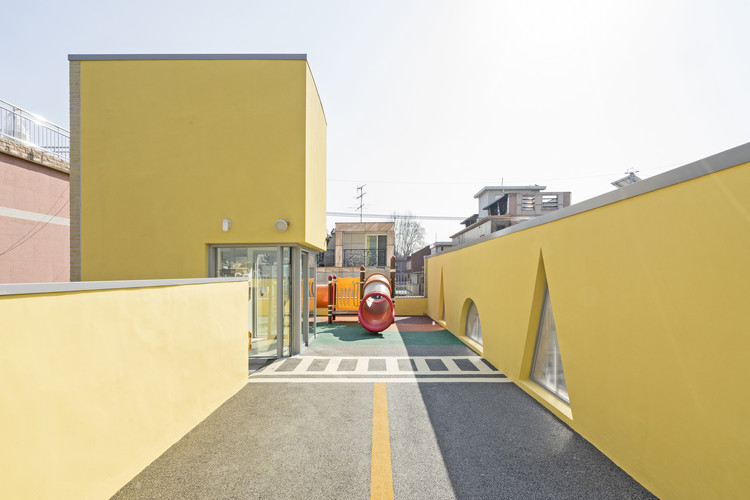 Text description provided by the architects. JARAMTEO KINDERGARTEN, a district kindergarten of Gwangjin-Gu is sited at a typical residential area where multi-household houses cluster in Junggok-dong. Due to narrowness of the site, facing little to the road and closely surrounded by buildings, JARAMTEO KINDERGARTEN was designed to stand out symbolically as a kindergarten, while blending in with the neighborhood. Restrictions such as, confined site area, accommodation requirement and barrier-free certification derived plans and sections. So the focus of design was on shapes of openings that determinethe image of an elevation.

Nursing rooms where children spend most of their times are placed towards South for quality lighting, and towards North are placed stairs, elevator, and ancillary rooms. This placement derives contrastingshapes of windows on each side due to different function. Consequently, South and North elevation end up with contrasting looks.

South elevation has varying shapes of windows on a simple rectangular background, with repetition of 1.2m height rectangular sliding windows (which promotes lighting and ventilation), and semicircular or triangular polycarbonate fixed windows (for additional lighting at eyelevel of children). On the contrary, North elevation has irregular outlines shaped by elements such as entry, parking space, rooftop playground, outdoor staircase and an elevator.

This order of facade is also invited inside. Semicircular openings between nursing room and common use space not only emphasize the entrance, but also generate playful sceneries by adding another layer of openings between northern and southern walls.

Unburnt clay bricks of yellow are mainly used for outer walls as kindergarten would have warm presence in the neighborhood and blend in with surrounding brick houses. However, for areas that have alterations in shapes, yellow aluminum sheet or stucco is applied in order to emphasize the playfulness of facade. In addition, pink stone material is applied as a visual connection between rectangular, triangular and semicircular windows to bring out the rhythm even more. Yellow storm sewer pipe is also intended as one of these playful elements. 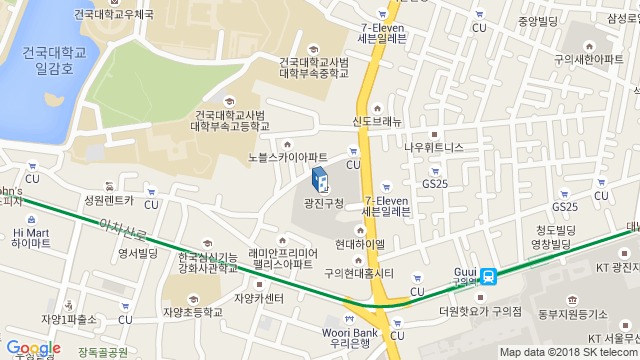 Location to be used only as a reference. It could indicate city/country but not exact address.
Share
Or
Copy
About this office
KHY architects
Office
••• 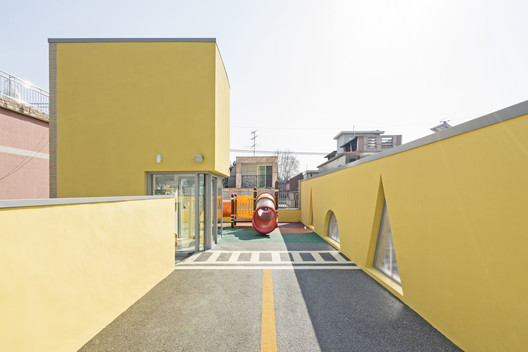