Save
"Unbuilding Walls": German Pavilion at 2018 Venice Architecture Biennale to Probe Architecture of Division and Integration
Presented by:

As part of our 2018 Venice Architecture Biennale coverage, we present the proposal for the German Pavilion at the 16th International Architecture Exhibition 2018 La Biennale di Venezia. Below, the participants describe their contribution in their own words.

For 28 years, Germany has been united – exactly as long as the Berlin Wall existed (1961–1989). On the occasion of this parallel, GRAFT and Marianne Birthler are curating the exhibition “Unbuilding Walls” at the German Pavilion at the 16th International Architecture Exhibition in Venice.

The exhibition responds to current debates on nations, protectionism and division. In the German Pavilion, GRAFT and Marianne Birthler will take the parallel as an opportunity to explore the effects of division and the process of healing as a dynamic spatial phenomenon. With reference to “Freespace,” the central theme of the Architecture Biennale proposed by Grafton Architects, special focus will be given to outstanding examples of urban and architectural design that address aspects of division and integration.

By analyzing architectural projects on the former border strip, the question of what happened on this unprecedented void in the middle of a new capital will be examined. The heterogeneity of the multitude of approaches, typologies, protagonists, and results show the breadth of architectural debates and solutions.

Taking the experience of the inner-German wall as a starting point, the exhibition will also examine historical as well as current barriers, fences and walls beyond Germany’s specific national perspective. A journalist team is currently travelling to border walls around the world for Unbuilding Walls. This work will be shown at the German Pavilion as well.

The curator’s first press conference on February 5, 2018, is located at the Visitor Center of the Berlin Wall Memorial at Bernauer Straße, a pace of continuous involvement with the death strip. In the press conference, four exemplary projects will be presented to give a first impression of the staggering spectrum of things happening on the former inner-German border.

CURATORS
Lars Krückeberg, Wolfram Putz and Thomas Willemeint of GRAFT together with Marianne Birthler, former Federal Commissioner for the Records of the State Security Service of the former German Democratic Republic, were selected by the Federal Ministry for the Environment, Nature Conservation, Building and Nuclear Safety on the recommendation of the competition selection committee. 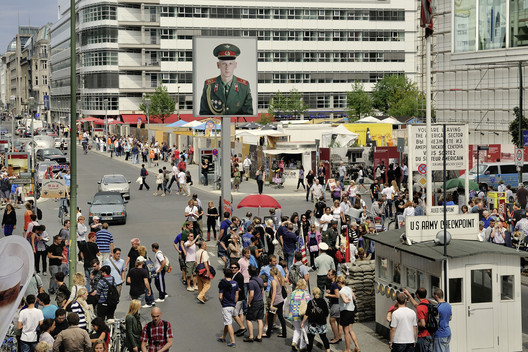