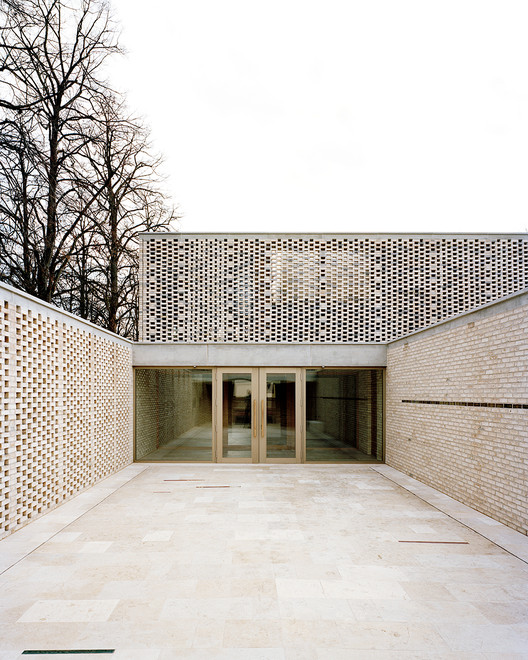 Text description provided by the architects. Located not far from the centre of Basel, directly at the border to Germany, close to the Rhine lies Switzerland’s biggest cemetery. The so-called Hörnli is a place of mourning and devotion, which at the same time is a sensitive and precisely cultivated garden. It is placed on the border in an ambiguous sense. Likewise, it is a multicultural place that reflects our being together before and after death.

The cemetery was finished in the 30s and its existing layout and buildings are shaped by a straight classical geometrical order embedded in nature. This urban layout gives consolation in form of rationality and clarity. The new crematory, finished mid-2017 subordinates itself to these found patterns. It forms a background for both the landscape and the act of saying farewell. It creates a solemn experience, ecumenical and easily accessible to all.

Following the main alley, the building appears as an independent volume in line with the existing mortuary building. A new entrance-court forms a mediating space between the existing and new structures. From there you enter an enclosed courtyard providing an intimate, semi-public space only available to the respective mourners allowing a slow approach to the final act. This sequence of spaces ending in the cremation room is followed by a volumetric development in height. The building rises step by step from the lowest level of the entrance to its highest part, the free-standing chimney. These movements guide the families by creating a succession of spaces that ends and starts with the buildings one big open window opening towards the sky.

Furthermore, the new crematory is characterized by the picture of simultaneity. The industrial process of incineration and the emotional exception of mourning. The translation is a building with a concrete structure and a brick skin. Concrete is a rough, industrial product, the brick is a hand-made and hand-laid material. The latter stretches around the building and opens to light and air, defining a porous border that is open and closed at the same time. 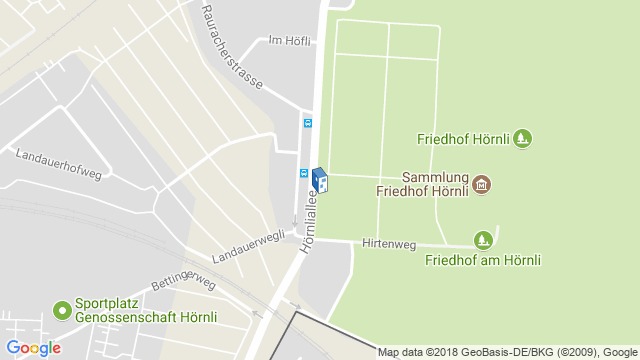 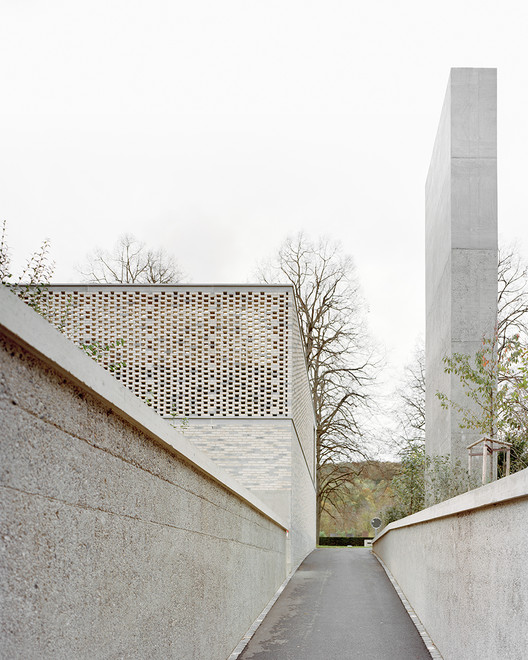