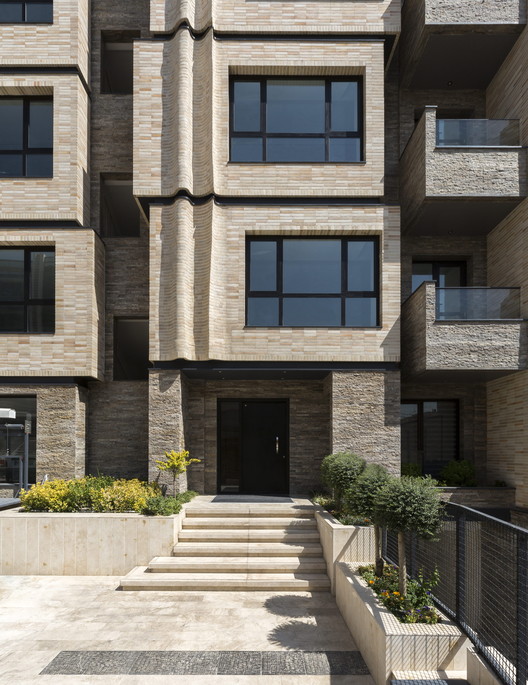 Text description provided by the architects. Our conceptual image of a home is a haven far from the madding urban crowd, away from noise, visual pollution, and a place of retreat from everyday worries where we can rest and rewind. However, what comes first to the mind when thinking of the inner space of "home", is the notion of "protection"- against all above. Standing for such a sense of security would be the "curtain" hanging and dancing, "symbolizing" a home behind. Creating a shared ground between architecture and the city, in this building as a group of “homes”, the curtains swinging with the breeze, which would call up the image of a warm hearth and home, acting both as a representation of a house guard without and the warmth within, have been used as the façade so as to recall the moment when they, swinging in the breeze along the soft rows of "bricks", have just stepped aside to let the light into the pleasant space of the house they encurtain.

For the brick surface to be easily observable, it was decided that the brightest-colored bricks be used; moreover, brick-covered cubes are installed over darker and rough surfaces of stone-covered background.

To achieve the curve of the bricks over the cubes with ultimate precision, 227 horizontal sections (each 20 centimeters in height) were provided in the real size; they were cut in reverse on plasterboards for a better control and also to facilitate the brick rows implementation. In the end, to allow the façade stay clean, a water-repellent cover was applied over all the stone and brick surfaces. 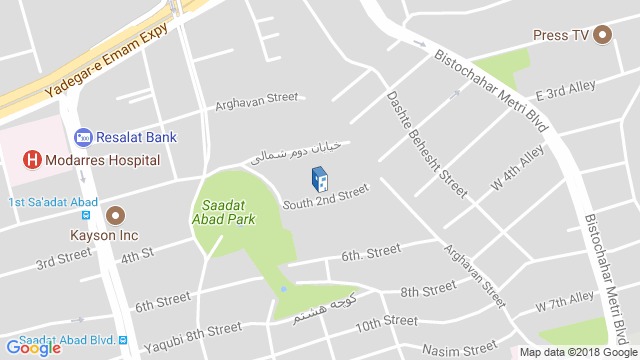