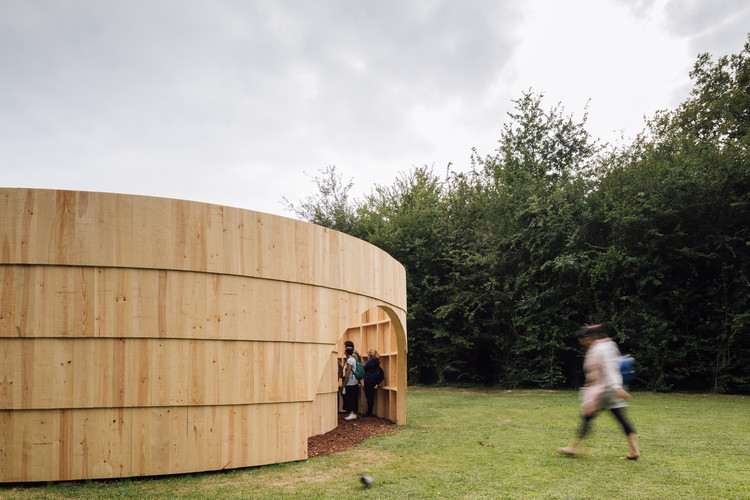 Text description provided by the architects. By the occasion of the exhibition Live Uncertainty: An Exhibition after the 32nd Bienal de São Paulo, Diogo Aguiar Studio was selected to design one of the ephemeral pavilions to host the selected films to be displayed in the Serralves Museum of Contemporary Art gardens.

The discovery of the temporary structure in the Serralves gardens is achieved by three distinct moments: the recognition of a habitable space, a transition path and the projection site. The circular pavilion features an abstract skin, a continuous facade across its curved surface, built on four levels of vertical wooden planks.

Without assuming one main entrance, the outer façade, which may be entered from three different points, divides the entrance into the pavilion by its perimeter, thus fostering different accesses and relationships with Serralves gardens.

Crossed by sunlight, the built structure projects over itself causing curved shadows that meander around the central façade, creating different shadow-drawings as the day passes by.

Building on the cylindrical spatiality, that also emphasizes the centrality of the work on display, the design of the pavilion focuses on the construction of two concentric spaces that have distinct functions: the interstitial space and the central space.

Contributing to the control of natural light in the interior space, the juxtaposition of two façade-plans, curved and parallel, which alternately open double-curved arc spans, guides the visitor to walk through the immersive space of mediation – as an antechamber-path – without revealing the central nucleus – as a space-enclosed – from the outside – the projection place where the film Os humores artificiais.Abrantes is shown. 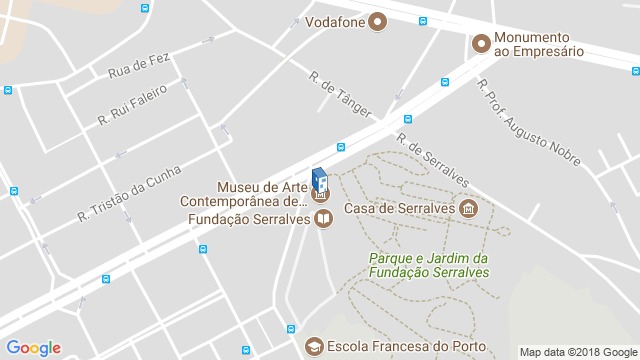 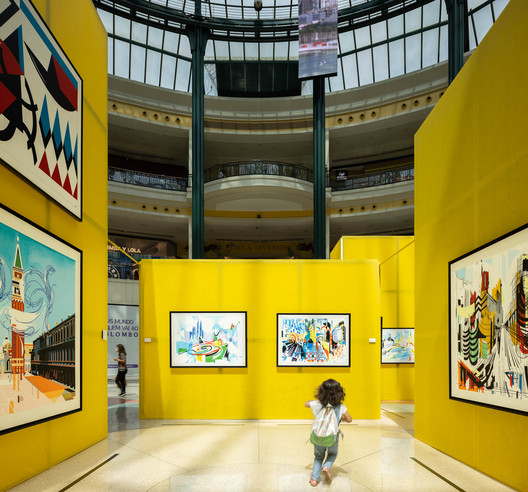 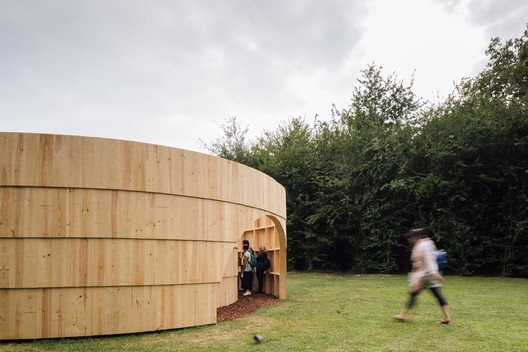