Save
SP 21 / A. Burmester Arquitectos Associados 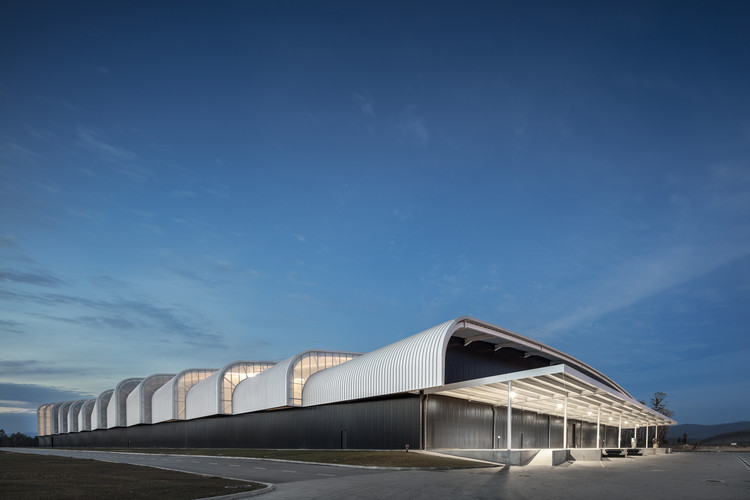 Text description provided by the architects. This project corresponds to the construction of the first industrial unit, located in Águeda - Portugal, whose owner is SAKTHI PORTUGAL SP21, SA.

The site as 200.000.00 m2 and this construction is situated in the extreme North, this location is a result of the operating requirements imposed by the manufacturing processes and a general study of the future development that will house other manufacturing units for the same company.

The design of the building is based on its geometry as a way of "covering" the SAKTHI layout. It compelled us to resolve its closure without interfering with it and only shaping the building. The solution corresponds to the most efficient way complying the culture of the company, seeking to find solutions of excellence, which combine with values of simplicity, economy and functionality.

The shape of the building was designed as a "Shed" type, taking advantage of the fact that it is oriented on the North / South axis. The openings oriented to the North correspond to the work areas and those oriented to the South to the technical areas. It allows with this solution to solve with great amount of natural light its interior spaces and to control the solar incidence.

This form will also facilitate the installation of smoke canals and their respective solutions, thus providing an efficient solution in the fight against fire and the protection of people. The drawing is based on the superposition of two porticos, which allow different openings according to the North and South.

The solution promotes different perceptions of the construction according to the side of the view. its geometry, the altimetry of the building also adapts to the conditioning of the layout, allowing with the right feet according to the needs. Thus, the general useful right foot is variable between the 25 meters in the casting area and the 12 in the storage areas.

Built with a mixed structure composed of reinforced concrete and metallic pillars, the building is coated with a metallic solution of cover. The cover is composed of self-supporting plates that surpass the spans that vary between 20 and 30 meters thick. This solution avoids the use of support structures.

The ventilation system is done by a "cooling pipes" system associated with an insufflation through the "displacement" diffusers.
The "cooling pipes" system uses pipes buried about 2 m deep, with a length of more than 20 meters, associated with axial fans of conduit, with an air velocity between 6 m / s. The system uses the earth as exchanger, allowing to obtain differences greater than 2 ºC with respect to the temperature of entrance. 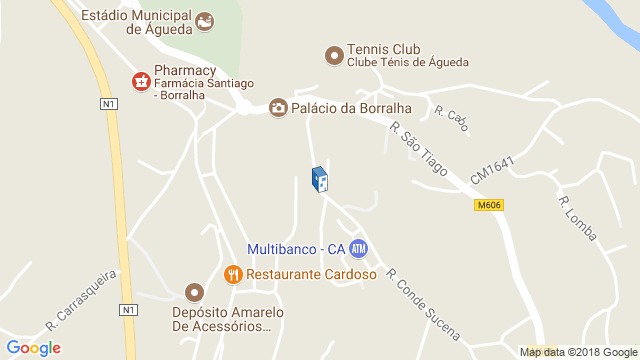 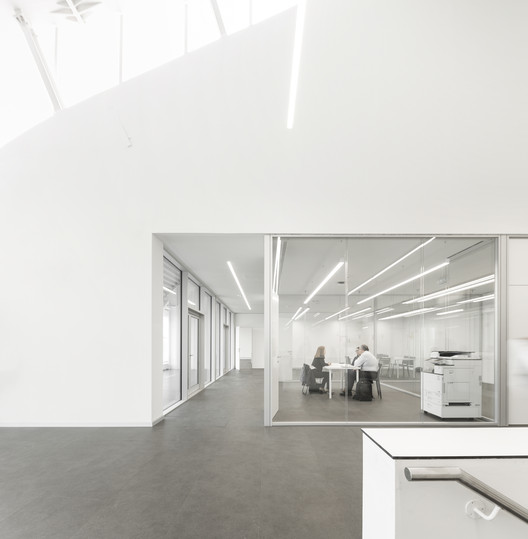 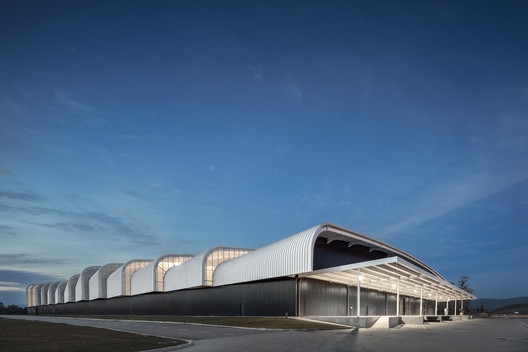