MVRDV has revealed their design for Fabryczna Offices, a new mixed-use office and retail complex to be located in the heart of Łódź, Poland.

Fitting into the city’s master plan for development around the new central station, Fabryczna Offices “connects past to present” with its distinct, rhythmic facade and gently curving forms. A 4-story plinth wraps around the perimeter of the site to create an inner courtyard, from which a 60-meter-tall office tower will rise. This orientation allows daylight to reach all levels of the building, while maximizing the space for the publicly-accessible courtyard area. 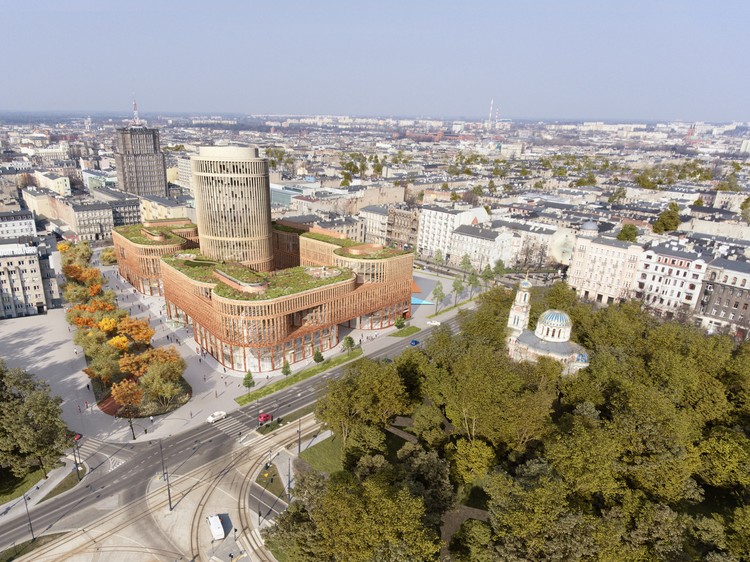 “The rounded plinth and tower are curved to create a series of smaller volumes which makes the project more human scale and also provides a more individual identity to future tenants,” explain MVRDV. “The courtyard has an opening towards the culture centre and a passage towards Kilinskiego Street with the intention to introduce a new walking route through the area with retail in the courtyard.”

Two main entrances provide access into the courtyard: one facing the station that tunnels through the building, and a second at the base of the tower that opens up toward the new master plan. Greenery will feature throughout the project, including in the courtyard and on the private green roofs.

As the master plan progresses, the building will eventually connect to the Central Station and other key parts of the city through a series of underground tunnels.