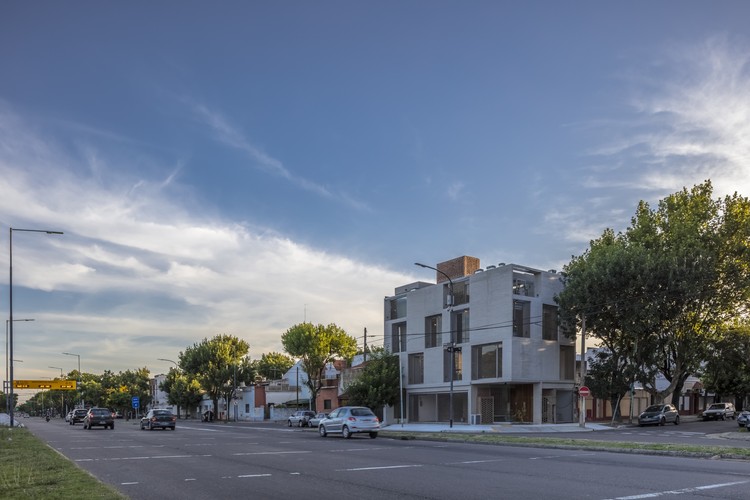 P 4402 is a collective housing building that is located in the neighborhood of Saavedra at the exit of Av. Donado, more precisely, at the intersection of Av. Gral. Paz and Panamericana. It has six habitat units in a small corner lot of 8x14 meters. located in an atypical block with the limitations of the R2 B1 zoning of a middle residential fabric and that also has the possibility of building in the whole property.

The building tries to complete the maximum buildable volume proposing a forceful block of concrete formed by a series of perforated planes that reconstructs an exterior volumetry, generating permeable expansions towards the perimeter of the facade, including the terrace that allows the entrance of light inside the common spaces of the building.

The block has four levels of height and is proposed to the exterior as a synthetic configuration from a mono-material envelope, which allows to investigate through a morphological experimentation with a series of operations of undermining, perforations, additions and splits of the volume . These operations generate diverse situations that provide calibrated spatial qualities that allow to diversify the habitat units.

These procedures, in conjunction with the search for a material and sensitive experimentation, try to provide a vital interior spatiality, filtering light into both private and semi-public spaces, at different times of the day.

The exterior structure and envelope was executed in in-situ concrete, forming a skin with certain degrees of permeability, which was materialized with horizontally arranged timber formwork. The undercut operations were executed in a variable manner allowing alternations and gradients of luminosity and opacity.

The dividing walls, the common interiors and the service lintels were executed with selected common bricks, which are visible with flush joints, proposing an interior of textures very different from the exterior.

In the project we set out to develop a material investigation, in which the user experiences an unconventional atmosphere, something like a continuous filtering of light, spatial relationships of the building and its material qualities.

As an organizational synthesis, the proposal is organized in relation to a series of concentric lifts. The exterior lift is the one that contains the uses of spaces for cooking, storage, and covered or semi-covered expansions. The intermediate lifeline is where the uses of living, sleeping and studying are developed, which is the least determined of them. Finally, the interior lift is the one that is intended to solve the services, private and cleaning.

The exterior lift is the one that promotes a morphological diversity, when moving according to the levels, and generates a particular façade causing a thickening in the thickness in the facade that accentuates the strength of the mono-material concrete block.

All the habitat units have their places of expansion (balconies and terraces) relevant, which are arranged around the living spaces, leaving a nucleus in the center of the property destined to the means of exit and services, which are illuminated from the top of holes on the roof.

The particularity of projecting in a small lot in the corner and the possibility of exacerbating the volume allowed by the Building Code of the city of Buenos Aires, allows us to investigate certain logics from operations with vacuum, resulting in an interesting manipulation of the architectural object.

The project pursues a dialectic between its volumetric configuration, the material resolution and the proposed spatial arrangement, leaving room for a certain proactive tension as a search to produce knowledge at the project level. 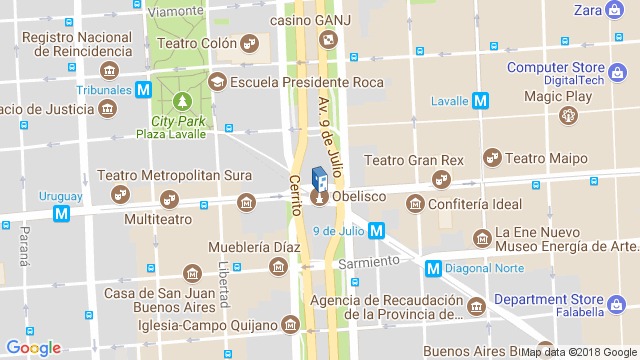 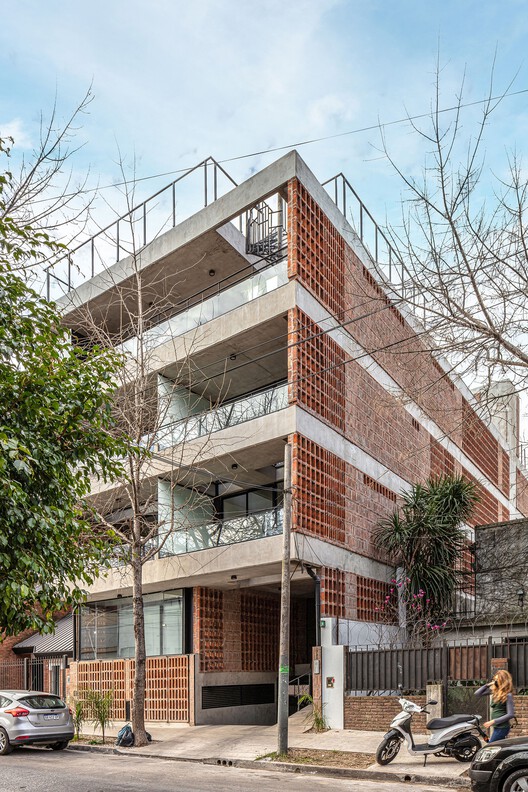