An airplane that skidded off the runway in Trabzon, Turkey, earlier this month (with no injuries) may soon be repurposed into a library for the city.

Five days after the plane was removed from its cliffside perch, Trabzon Mayor Orhan Fevzi Gümrükçüoğlu has reached out to the general manager of airline involved in the incident, Pegasus Airlines, to ask if they will donate the plane as a gift with the condition that it will be used as a library space, explaining that “keeping it here will also erase the bad memories attached to the plane.”

The plane, a Boeing 737-800, measures in at 110 feet long and has a wingspan of 117 feet, with a cabin floor area of approximately 970 square feet. This would put it on the small side for a library, but in a city troubled with a lack of adequate library space, it is already common practice to transform former structures into book storage spaces. Nearby towns of Giresun and Datça feature similar small-scale libraries that allow residents to drop off and pick up books on an honor system.

Read more about the incident, here. 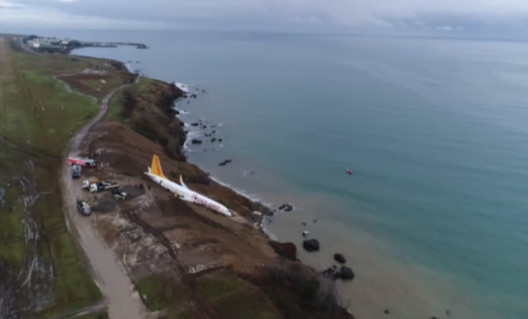