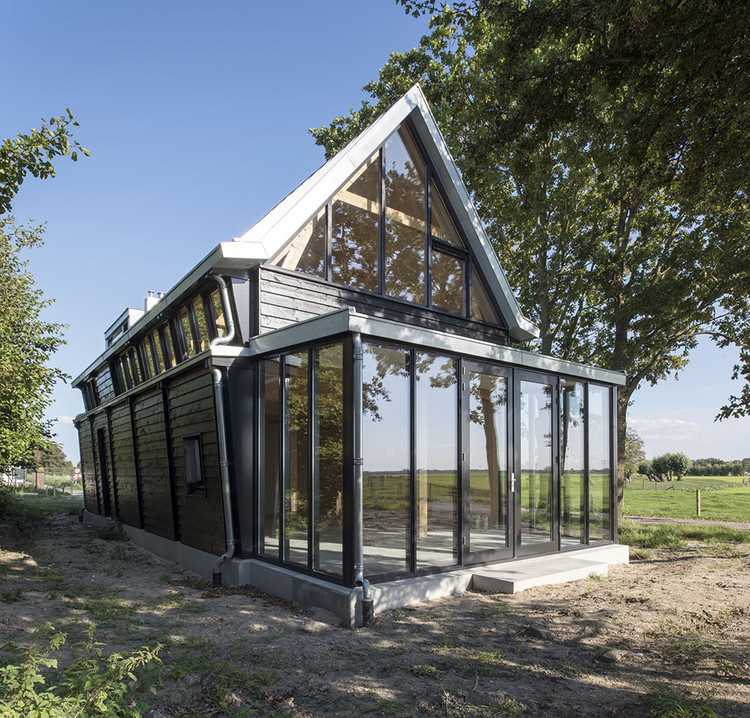 Text description provided by the architects. We were commissioned to design the fort keeper’s house back in 2009. Due to organisational changes, the project did not go ahead at the time. When the conversion of the fort was activated again in 2015, it seemed that our plan for the house had not been forgotten. We were asked to revive the original plans and develop them further.

The new-build fort keeper’s residence stems from the requirement that a manager lives there. This function is identical to the original one. So we were given the task of realising a new fort keeper’s residence for a fort with a new purpose. The new house had to be adapted to the requirements of our time. The first design in 2009 was inspired by the fort, the surroundings and the desire to use a contemporary, fitting construction method.

A huge batch of beams formed the starting point for the design. The original fort keeper’s residence was made out of wood. By pragmatically incorporating the beams combined with sheet material, we were able to make a “new” fort keeper’s residence. The beams, that are screwed together with nuts and bolts like a construction and finished using sheet material, could fit in with the way in which the military constructs a prefab home.

We have been working on developing this construction concept and adjusting it to suit modern (living) requirements. The design was constantly adjusted in order to bring it as close as possible to the original plan and objectives.

The result is now a house made from beams and panels, with the size and proportions of a wooden (fort keeper’s) residence. The colours and materials have been chosen to suit the character and the construction method of the surroundings. The character of the house is modern and classical at the same time, both in construction method and appearance.