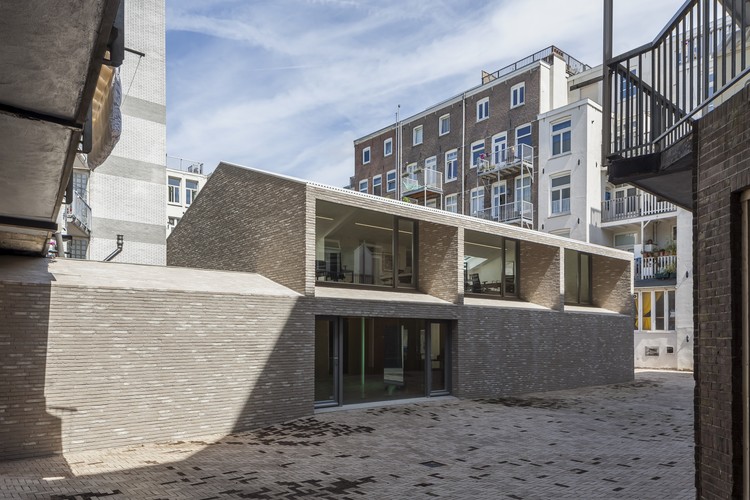 Text description provided by the architects. Courtyards of Amsterdam city blocks tend to be quite fascinating. While the heritage commission tightly monitors the facades facing the canals, they allow a lot more freedom on the rear side.

The resulting cacophony of sheds, annexes, balconies and installation pipes seem to follow an unknown logic, and the fact that most courtyards are not publicly accessable makes them even more mysterious.

True to its context, the GMK building's silhouette is elementary, and its material logically. Deep windows do not give its function away, and also provide two-way privacy and a bit of conundrum.

On ground level there is a more direct connection with the surroundings, caused by the windows directly overlooking the shared driveway, which is paved with the same brick. The only attires are the random grass patches that will grow here.

Inside, advertising and branding company First Day of Spring has taken up residence. All serving functions have been hidden way behind a masonite wall. In the space, movable walls clad with mirrors and LED walls allow them to flexibly use the rest of their office – or turn it into a night club if the need arises. 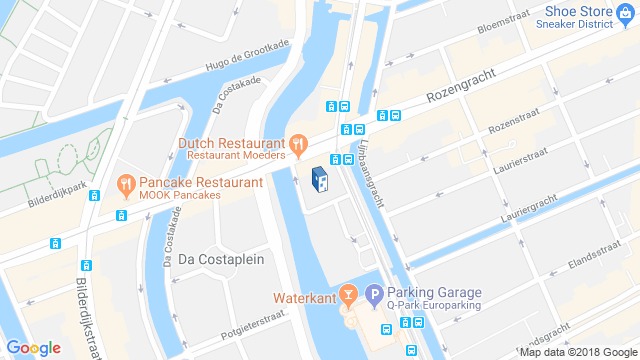 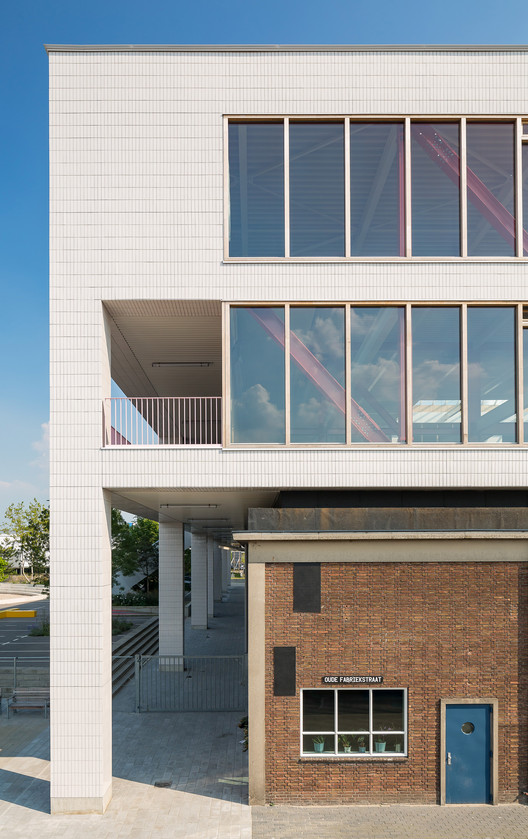