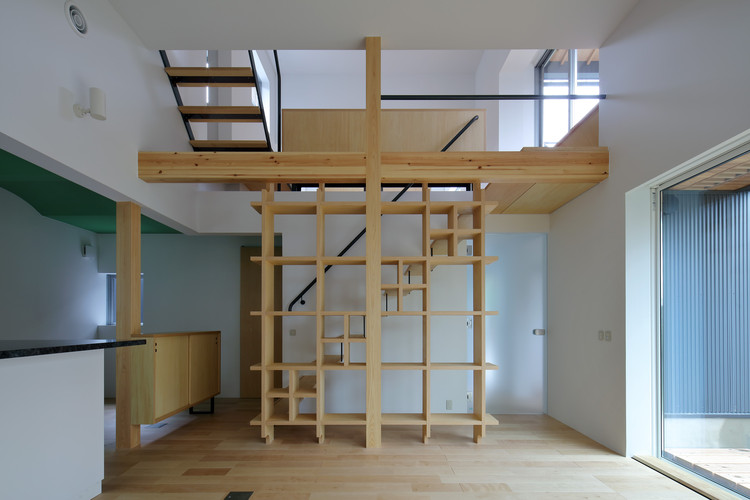 Text description provided by the architects. House H in Korien is sited in the suburbs of Osaka, the second biggest city in Japan. This area was developed for housing about 100 years ago. Old houses are located behind large gardens, trees, and hedges. On the other hand, relatively new houses that were built in finely divided lands aren’t able to have gardens and greens. As a result, the backs of houses reveal unintentionally and cars occupy small outside spaces.

This house is built in a small divided site like other new houses. We designed retaining wall/building foundation, fence/exterior wall seamlessly because we think it is important for houses, inhabitants and town to take part in streets. Floor planning is an irregular cross-shaped to face the streets, therefore the house has neighbouring and distant greens views between surrounding houses. It makes inhabitants feel this house more spacious than it really is. 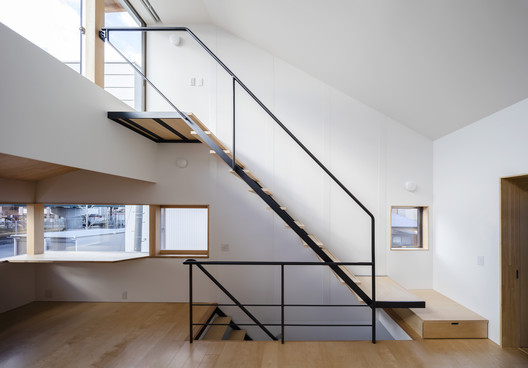