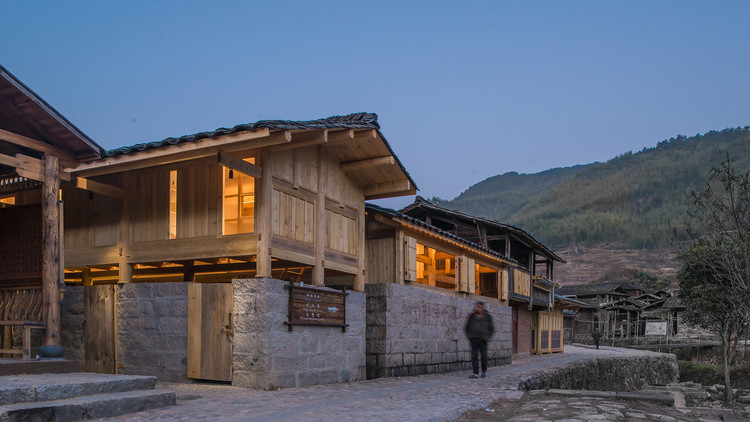 Intro
Selected as one of the “historical and cultural villages” in Fujian Province, Shangping Villagehas been sustained by its agricultural tradition and Hakkaculture. In Shangping, most of the villagers have the surname of Yang, who are the descendants of Captain Yang Zhen from Han Dynasty. Shangping Village has a complete rural feng shui pattern where two streams run around the village and gather at Shuikou area (the water gap, village entrance). There are many provincial-level cultural heritages such as the Tai Fu Tai Mansion, the Yang’s Ancestral Temple, Shezumiao Shrine, Zhaogongmiao Temple, etc. According to the legend, the great scholar Zhu Xi used to give lectures in Shangping and to leave with treasured calligraphy. Therefore, Shangping has a reputation for "literary village surrounded by water ". By October 2017, the Shuikou Area has been completed; Two month later in December, Yang’s School Area and Tai Fu Tai Mansion Area have finished renovation works.

Yang’s School Area is located at the intersection of the two streams in Shang Ping Village where two main trails dispatch from the entrance. That’s the reason of being important geographically. According to historical legend, Mr. Zhu Xi, a national historian and educationalist, has lectured  in Yang’s School and created great poems as well as calligraphy here. The design of this part is to transform historical site into a tourist spot and unveil the great history of Shang Ping Village.

The design includes a few deserted agricultural buildings, such as utility rooms, cowsheds and barns. The design team hopes to transform the original buildings into a bookstore which provides space for tourists to learn about the history and culture of the village. Meanwhile, it also provide locals, especially children, with a place to get knowledge from the outside world. It is a great opportunity to indicate a well-known Chinese tradition called "Cultivation and reading is to bequeath to the family".

1. ‘Guang Yue Granary Bookstore’ and ‘Jing Ya Granary Bookstore’
In the early phase of site analysis, designers found that utility room and cowshed are very different in terms of spatial identity. The utility room is relatively tall with accommodated interiors, while the cowsheds are lower and darker. Several cowsheds are separated by rubble walls and second floors are used for storing forage originally.

Spatial differences and ‘flaws’ bring about the difficulty of retrofitting these existing spaces. In the mean time, it seems to be a dramatic element for reforming architectural narrative, which is just an interesting moment for the project. By using the characteristics of the original space, the design team defined the new building as a combination of ‘Live and Calm’.

‘Live’ refers to the sales space in Boostore transformed by utility room. It is relatively active to be here when exchanging books and sales activities happen periodically. Also, cultural products designed by the team are sold at this corner. Reading Bar is regarded as a cultural window connecting the village to the world outside. Visitors can get to know more about the village while local residents see the outside from a physical window(a full height glass door facing to the village ) and psychological one. It is called ‘Guang-Yue Granary Bookstore’.

In the opposite of the building, the original surface across the stream is a solid wall with a high window on it. However, the landscape is so nice to be seen from the building that designer added a platform inside, on which people enjoy the view. This design principle maintains the existing relationship between interior and exterior. Thus, when people stay inside, stream is kept invisible for enjoying sound only. If visitors still wants to see the stream, one step on the platform makes it a great difference. A full-height glass window is embedded in the other side of the building to generate a new relationship with its’ neighbor, the village, to provide a great solution for better natural lights.

‘Calm’ refer to reading and meditation, named ‘Jing-Ya’. It is transformed from former cowsheds. The identity of this space, connected but separated from top to bottom, is special to be kept. The lower level enclosed by rubble used to be dark and narrow living space for cow, while narrow wood-made upper level were used for forage. Wood structure seats on rubble part. Two levels are separated spatially (entrance are separated) but connected logically (cow on the bottom eats forage)in function.

Maintaining this spatial character but elevating the upper ‘wood house’, it turns out to be a new home for readers since first floor is higher and  gets more natural light. Nothing could disturb this quiet and enclosed space except the penetrated sunlight. The solid rubble wall on the first floor were maintained, contracting with cosy bean bag. Soft versus hard, warm versus cold and new versus old are co-existing in a dramatic space. The second floor was re-defined accordingly: three rooms are integrated into one with an atrium up to half size floor area. Glass panels are installed over the atrium to create more transparency. The forage room is still designed to be lower in height and must be entered from the outside by a ladder. This kind of ‘uncomfortableness’ is intentionally emphasized, creating a sense of slow  and   primitivity. The design is trying to allow people to get a monkish experience, to experience the space with cautiousness. Thus, all readers come to here would retrospect the relationship between human, space and nature without any disturbance of modern life.

The requirement of “Being Slow” is also revealed at the hallway. When being here, visitors should walk slowly through it to the other side. This intentionally designed lower space is to indicate a “modest” tradition in China: Bow your head and be in awe.

2. Cultural and Creative Products
Bookstores are spots for cultural and creative industries in Shang Ping Village. Designers created multiple cultural products and souvenirs by taking advantage of history, legend and local materials.A good example is the design of notebooks and bookmarks, with couplets from Mr. Zhu Xi. The Logo of Shang Ping Village were designed with cultural, architectural and agricultural components. Other cultural projects, such as T-shirts and umbrellas, also derived from the logo. All these products inherit great culture of Shang Ping Village as well as increase local income from tourism industry. 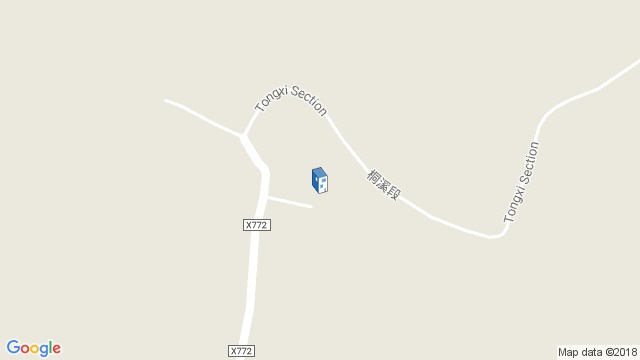 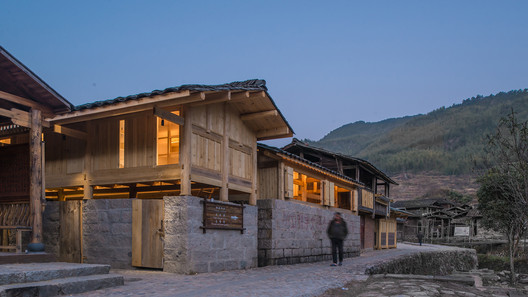