Save
House in the Valley / idsp arquitetos 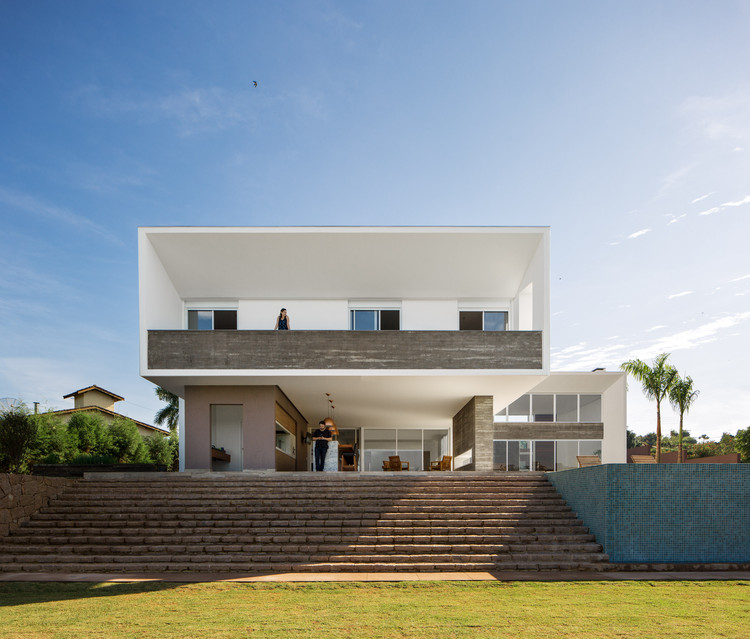 Text description provided by the architects. The residence is located in one of the first urban allotment of the district of Itaici, in the city of Indaiatuba, interior of São Paulo: the Valley of Laranjeiras. Formed and constituted by a Portuguese’s community, in the early 1980s, it carries in its streets the names of localities and cities of that country.

The site, with 3.000m², has a gentle slope towards the two lakes that exists in the bottom of the valley. The project sought to implement the building providing relationships with some neighbors, maintaining a pre-existing insertion, height and logic, privileging users' privacy and creating paths and surprises from access to free and complete contemplation of the landscape. The spaces were distributed according to the best solar orientation and directed to the main visual axes for the lush landscape of the valley. The social and service areas were arranged on the ground floor, in the center of the site, integrated into the leisure spaces, forming an "L" shape. In a lower plateau, at the bottom of the site, a concrete sports court and a grass field for soccer practice were arranged, associated with granite steps that serve as bleachers. On the upper floor, there are five suites and an office;

The landscape, the pre-existences and the history of the formation of the allotment were the main guides for the project’s language. However, the project has no intention of mimicking, but adding a new meaning to the valley, drawing attention to the exuberant nature that still remains in that place. The project sought to explores ludic aspects in the compositions that alternate the apparent concrete and the white plaster, crossing the Iberian origin of the allotment with the legacy of the urban landscape of the interior of São Paulo, where the structure-fence dichotomy is so recurrent in the buildings.

It was adopted the construction system in reinforced concrete, traditional and common in the region, for its more affordable costs. Local materials such as pink granite, marbles and crystallites were used in the counters, fireplaces and washbasins. Ceramic flooring in the social and leisure areas and wooden block in the intimate areas. 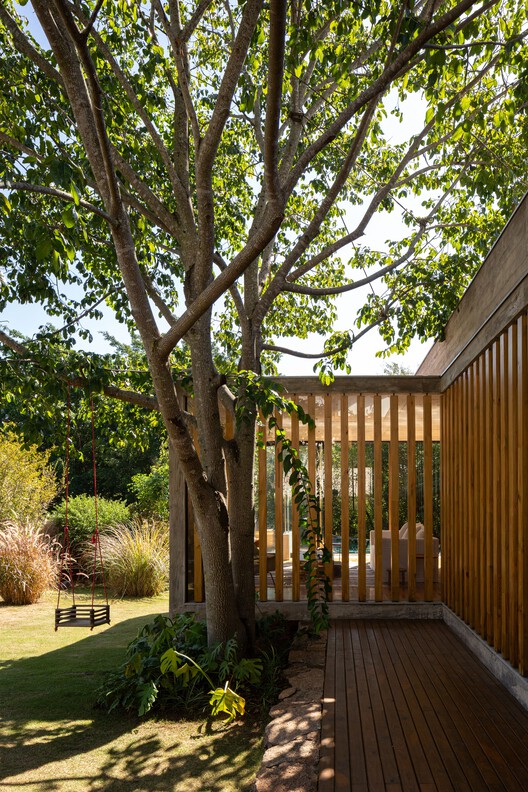