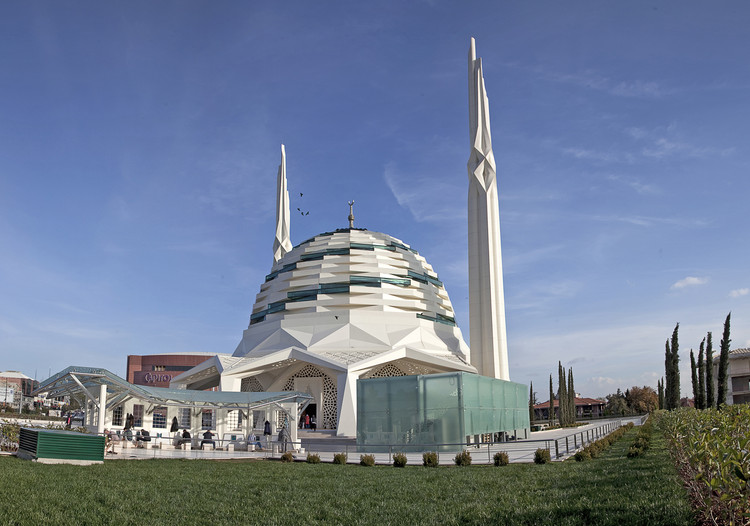 Text description provided by the architects. Marmara University Faculty of Theology Mosque was designed as an interpretation of classical Ottoman architecture tradition by using today’s language. The project is based on the fractal rotational movement which is seen in the universe from micro-scale to macro-scale, reveals seeking of a new perspective in terms of abstraction, stylization and interpretation of tradition in mosque architecture, by combining concepts of "the part in the whole" and "the whole in the part" with fractal form of nautilus and millenary traditional “kırlangıç” ceiling technique. The Project has a 30.000 sqm built area consisting of an urban square, a mosque, which can accommodate 4500 worshippers, and a cultural centre under the mosque and square.

The culture centre including classrooms, conference hall, exhibition spaces, book cafe and cinevision rooms, was considered as an attraction centre of social life. With all these functions, the project constitutes the concept of “complex”, group of buildings gathered together in the urban scale with its urban square. Dialectics of human-space relations, considering tawhid, the oneness of God concept and poetics and its phenomenology in classical architecture, was combined in this project by today’s materials and construction techniques. The most important criteria for designing the mosque is stylization, by reason of that poetics of space in Ottoman architecture is still uncomprehended and is unable to go beyond.

Today, such poetics of space is perceivable in only classical mosques, and was not discussed in mosque architecture because of that tradition had broken away. Through lack of this concept, some projects as trials were designed as either bad repetitions or as providing only prayer requirements with a completely functionalist style, ignoring the poetics of space. Therefore, this mosque was designed in a convenient way in relation to its precedents and as a reaction to “classical mosque-modern mosque” contradiction, in order to create a new style with new materials. The mosque, dodecagon plan, was built as steel construction above a reinforced concrete base. The central dome, 35 m in diameter and 35 m high, forms by joining 12 steel columns, ascending step-by-step.

Load-bearing columns link to an internal wall of the dome with steel beams in the form of traditional Turkish triangles. Over the ridge rib, there is multiple-stage spiral structure. At the top point, there is a skylight inspiring from muqarnas and the crescent of the main dome mounts over it. As for the interior space, to comprehend the image of the structure from the inside, movement of spiral glass structure and it's joining with glass muqarnas cover at the top are also seen from the interior of the mosque. Here, unlike the outside, the person is surrounded by the structure which they perceive from outside. In order to strengthen the centre of projection in interior space, glass spirals and glass muqarnas cover on the top, 6 waw letter on the centre of the circle, and the fountain and pool emphasize the centre reaching to heavens. 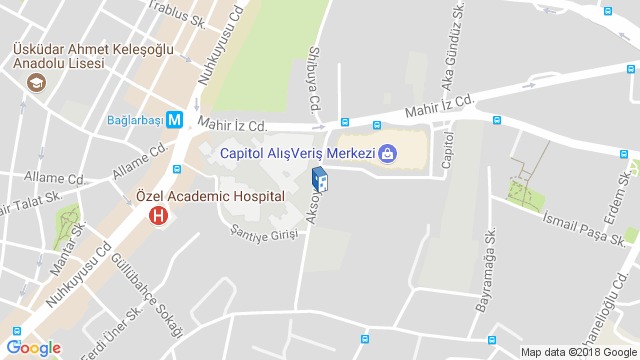