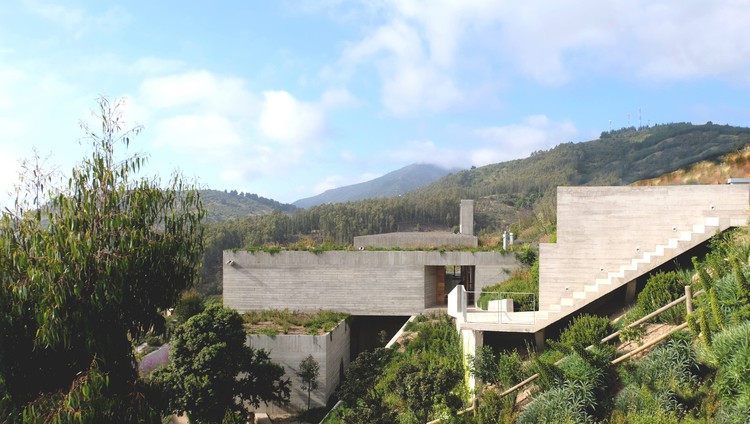 “Being part of the geography and landscape of the hill“

The main principle of the house’s design is to incorporate the steep slope of the site and the native flora of the hill. The site is located on a hill 300 meters away from the sea, where the seaside fog and the surrounding ravine make an ideal spot for native flora to flourish.

The first decision was to create a volume that could be opaque and hermetic to the east but also open and permeable to the west, to enable both the continuation of the landscape of the hill and also to maximise the geography of the site and the views to the sea.

In order to create the continuity of the native landscape we used green roofs, pebbles, and stones, and architectural related elements such as windows, stairs, and balusters to generate the openings to the sea.

The design of the landscape looks to keep the existing species, and adding native species only. The shapes of the gardens follow the levels of the site, creating diagonal containment walls and footpaths that contrast with the orthogonal geometry of the house.

The layout of the house is arranged around three internal patios, which brings the landscape of the hill into the interior of the house. This also allows natural light to flow into the dark spaces, created by the hermetic volume covered by the geography of the hill.

The entire house is built in reinforced concrete created by thick pine timber formwork, this gives a neutral colour that merges with the landscapes and makes the house more durable against coastal weather. 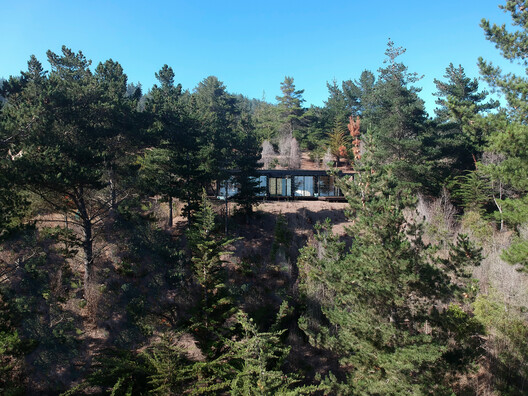 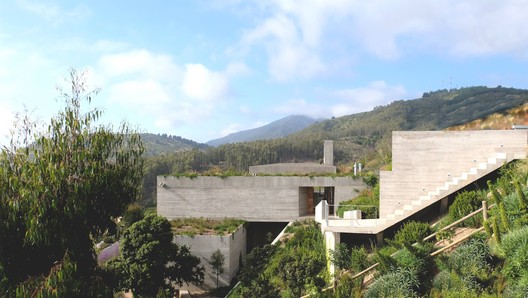