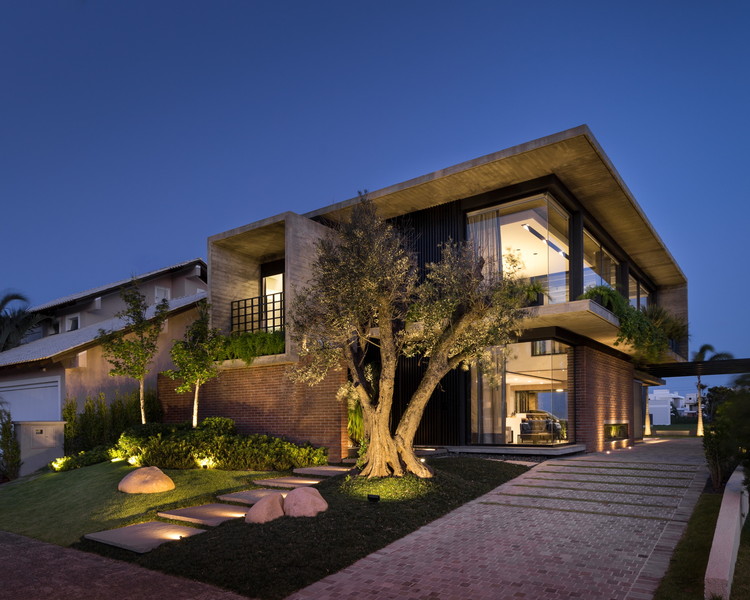 Text description provided by the architects. The Weber House is located in a condominium of lots and marina Velas da Marina, in Lagoa dos Quadros on the north coast of Rio Grande do Sul. Its use is exclusive to summer holidays and weekend breaks for the owners and their young daughter. To release the garage facade on the narrow terrain, the 1s floor has a side passage for cars, and the strategy for gaining frontage was with horizontal lines of slender marquees and a brick wall that would make the garden background.

Of striking features, the apparent concrete, brick and black frames form a set of volumes on the west front facade and receives two intentional openings for the view of the landscape: one in the form of a concrete box that rests on a wall of massive bricks, in the form of a gazebo, which is the balcony of one of the suites, and the other in a corner of glass that illuminates the living room. The black ripados give prominence to the brick and concrete concrete marquises that also receive planters with pendant plants that give privacy to the spa environment on the second floor and more life to the facade. From the initial design in sketches, the brick wall and the concrete box were present and modified according to the needs plan and interfaces that were evolving during the construction.

Due to the costs of execution, labour and future maintenance some systems and finishes were gaining strength during the 20 months of work, and some have been modifying since sketches, render and final photography. The design of interiors with pretension in the combination of elements, but simplified evolved during the work, and the concept of raw materials follows inside with mixtures of walls in a texture of burned cement and combination with wood joinery, porcelain tile and apparent concrete. The contemporary lines and differentiated projects in the different solutions give the house Weber its own identity within the marina condominium. 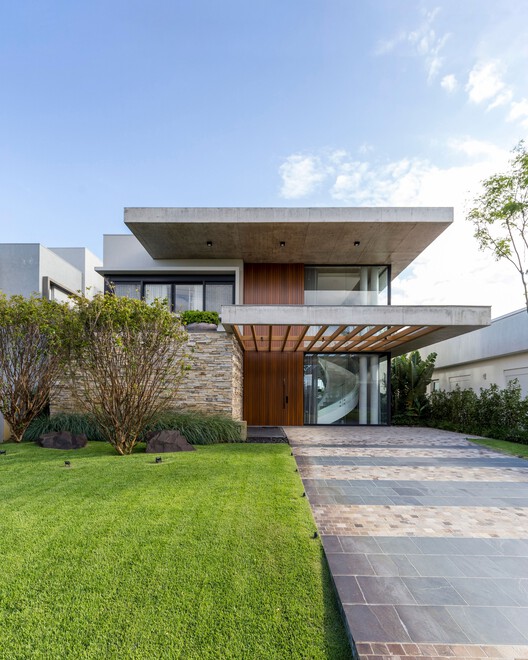