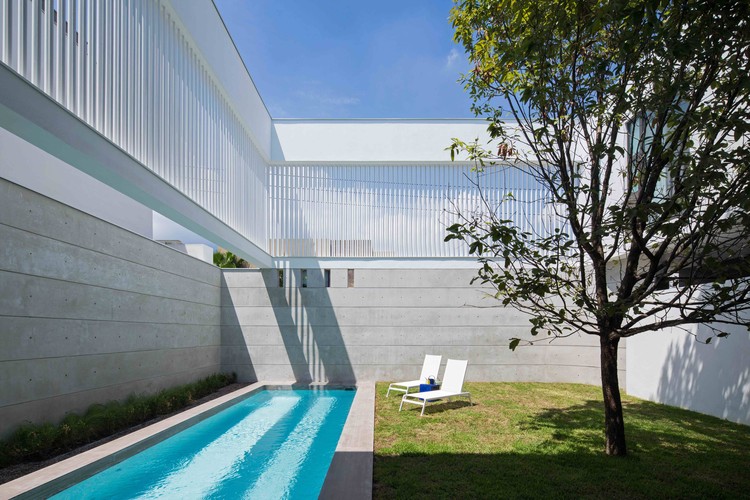 Text description provided by the architects. Casa Ithualli is a modern residence in Monterrey, Mexico that was raffled off in a nationwide lottery to raise money for college scholarships. The annual contest is sponsored by Sorteos Tec, an organization that has provided scholarships to over half of all college students at the Tecnológico de Monterrey over the last 70 years. Designed by Texas-based Miró Rivera Architects in collaboration with local Mexican firm Ibarra Aragón Arquitectura, the design continues the evolution of the Sorteos Tec lottery into a showcase for contemporary architecture.

The architecture of the 465 m2 (5,000 sq ft) Ithualli House reflects Miró Rivera's interest in facilitating direct access to outdoor spaces, emphasizing natural light, and using ordinary materials in novel forms. The name Casa Ithualli (which translates to “Patio House” in the ancient Nahuatl language) refers to the home’s organization around a walled outdoor space that provides the interiors with shelter, privacy, and light.

The architects were invited by Sorteos Tec to design their latest “grand prize” home. Casa Ithualli is the 204th residence to be raffled off by Sorteos Tec, but only the third design to be commissioned from an internationally-recognized architecture firm (its two predecessors were designed by Alberto Campo Baeza and Tatiana Bilbao).

“Mexico is a country of squares and courtyards. From pre-Columbian times all the way to the 20th century, courtyards have been established as one of the hallmarks of Mexican architecture—from ancient Teotihuacan to colonial haciendas and convents to modern masterpieces by architects such as Luis Barragán. Ithualli House continues that rich tradition in the 21st century,” says principal Juan Miró, whose Studio Mexico at the University of Texas School of Architecture is a longstanding example of academic cooperation across the southern border.

A double-height glass curtainwall in the main living space maximizes views to an enclosed “patio”. The lower walls of the courtyard are solid concrete, contrasted above by delicate white pipe screens. Inside, the design incorporates innovative details such as a staircase formed out of bent steel plate and suspended by thin cables, which leads from the living room to the private bedrooms on the second level. Visitors to the house are greeted by a nine-foot-tall pivot door clad in copper tubes, which hint at the warm palette of stone and wood surfaces within.

The house was constructed in just six months—a feat made possible by the adoption of local construction materials and methods, combined with forward-thinking design elements such as the pre-fabricated tube screens. The architects’ goal was to embrace local building techniques in ways that were exciting and innovative, while creating inviting spaces that would resonate with fans of more traditional Mexican architecture.

Since August, the home has been toured by over 31,000 people, giving them the opportunity to experience its contemporary architecture firsthand. Nearly 270,000 tickets were sold for the lottery, which took place on December 22, 2017. 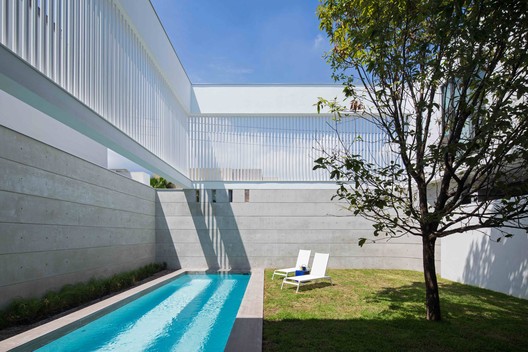