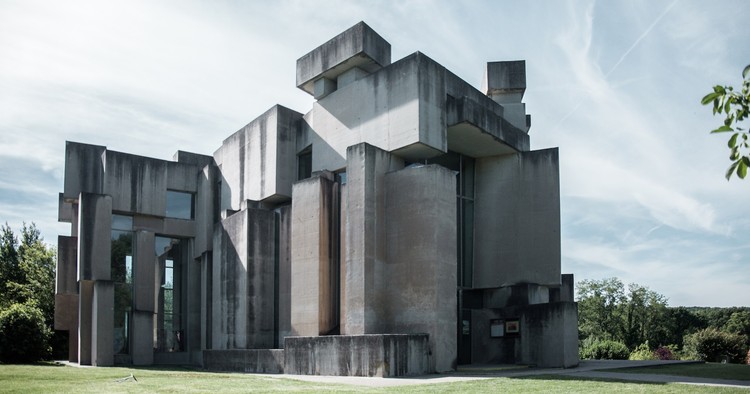 Born in 1907, Wotruba was the youngest of eight in an abusive household. Art became his psychological escape and, during World War II, Wotruba made his literal escape from Austria to Switzerland. After fleeing the war, Wotruba dreamed of a sculpture “in perfect unity with the landscape, the architecture, and the city.”

As one of the most well-known Austrian sculptors of the 20th century, Wotruba was asked by Dr. Margarethe Ottillinger to design an astounding church on the site of a former Nazi barracks. Ottillinger wanted to make a bold religious and artistic statement during a time when many Europeans were losing faith in God.

The Wotruba Church is a prime example of how artistic approach can change architectural practice and product. The church was designed before the site was chosen. Nevertheless, the church has a commanding view of Vienna and sits in powerful contrast to its serene environment. Additionally, Wotruba claims inspiration from the French Gothic Cathedral Chartres, even though Wotruba Church’s brutalist—or some might even say art brut—style conveys very different values.

The design’s form has no obvious symmetry or clear organization. 152 concrete blocks, ranging from 0.84 to 64 cubic meters and 1.8 to 141 tons, hold one another up in a random, chaotic, abstract way—lending few clues as to where the true front facade of the church lies. The simple windows are the primary indicator of what goes where; allowing for natural light to create changing patterns within the concrete block walls of the church.

“If this construction succeeds, it will be one of great dynamics and drama," said Wotruba of his church design. "The apparent chaos that arises from the arrangement of asymmetric blocks should ultimately result in a harmonic unity.” One year after Wotruba's death in 1975, architect Fritz G. Mayr saw the building's construction through to completion.

The Wotruba Church is one example of the many possibilities of artist-architect collaborations. With the Wotruba Church in mind, we can begin to consider how an artistic approach changes architecture; when creative and rational minds work together, the result can be both beautiful and functional. 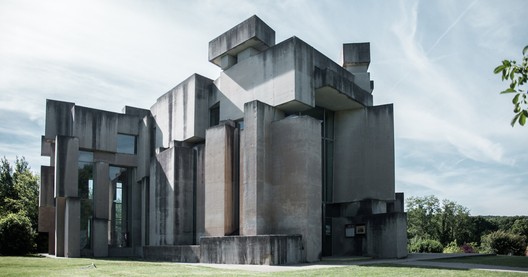