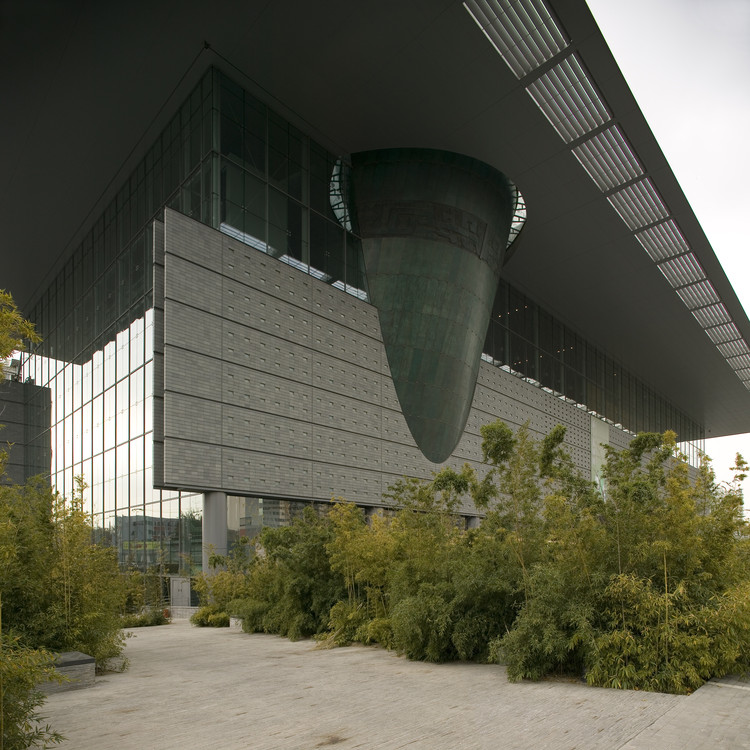 Text description provided by the architects. Beijing Capital Museum is located on Fu Xing Men Avenue, a major thoroughfare running east-west as a continuation of Xi Chang An Jie Avenue, which runs alongside the Forbidden City and Tien An Men Square. Fu Xing Men Avenue will ultimately be flanked by a series of high-profile cultural amenities including an opera house and a library. The museum was planned as one of the city flagship public building and will participate in the image of Beijing as a worldwide main capital. The museum has a total surface area of 60,000 sqm protected by a rectangular horizontal roof. It stands back from the avenue in order to create a public square that opens out onto the city.

Underneath this large roof that cantilevers off above the public square, the museum layout is composed of a Chinese palace. Three pavilions surround a central hall on its 3 sides, while, on the fourth one, the main entrance is conceived as the entrance of the Chinese palaces: the visitors slip into the museum under a stone wall which is an allegory of the zigzag path one has to go through to enter. Each of the three objects has its own volume, indoor space and materials specifically related to the symbolic and functional uses they receive. The first of these objects, the 7,000 sqm “Treasure Gallery”, is made of bronze and houses most of the precious objects collection. It forms a cylinder leaning within the main north-facing façade that gives the entire building its signature identity. It is the object that identifies the museum.

The second volume, with its wooden fascia on both indoor and outdoor surfaces, forms a sort of “box” which hosts 8,000 m² of a temporary exhibition on the ground floor, 10,000 m² of the permanent collection and an educational area. The third component is the elongated grey stone block closing off the building on the south side and which contains the media library, the research and museology facilities and areas for museum staff. The base, on which the other three volumes are built, contains ancillary museum facilities, including boutiques, restaurants and an auditorium, together with more temporary exhibition space, an underground car park and technical facilities.

The climate and acoustical environment of the extensive indoor areas are tightly controlled to offer visitors maximum comfort. Natural light floods into these extensive spaces through the south and east facing façades and through the roof. It is filtered to minimize glare, shaping the various volumes and bouncing off the different materials. The programme echoes Beijing’s cultural heritage while simultaneously expressing the city’s contemporary, forward-looking ethos. The classical attributes of Chinese buildings are reformulated using a contemporary vocabulary. 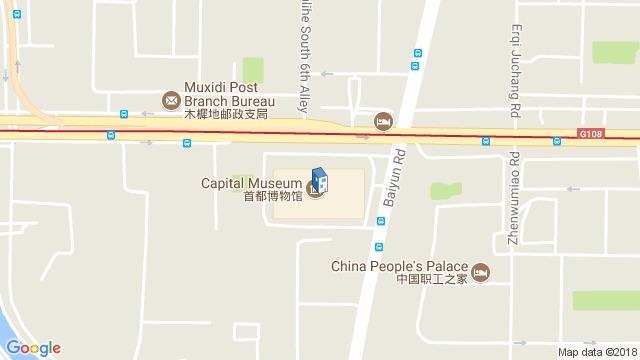 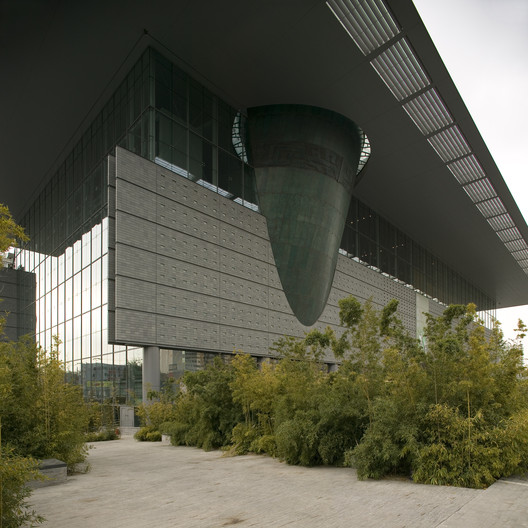