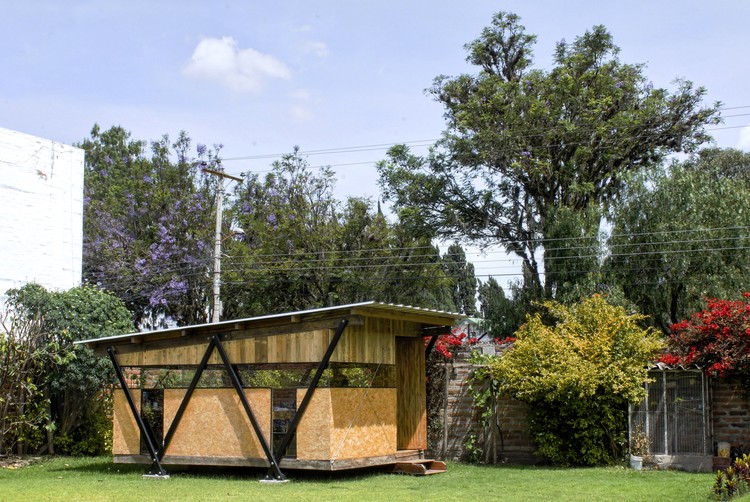 Text description provided by the architects. In order to create a temporary workspace and use reclaimed elements such as wood, steel and glass; the idea of a demountable studio is conceived. A place thought for architecture design and urbanism that also represents its users. It is conceived as a project that is materialized with existing elements that are in their second use but still have adequate structural, functional and formal characteristics to be included in a new project. The site where the studio is built is land on the loan that was in disuse and that is revitalized and enhanced by the presence of this structure.

For this reason, the study was thought to be eventually disassembled and moved to another location. If this is the case, the components can be disassembled in a simple manner and then reconfigured as an architectural element located elsewhere. The design process was based on the search for the optimum use of each available material to be reclaimed. It was planned in such a way that the studio could be self-constructed, employing unskilled labour and being completed very quickly. The final construction time was less than one month.

The structure is composed of a combination of steel columns (vertical structure) and wood beams (horizontal structure), which were recovered from old buildings that were remodelled.OSB modules become the outer covering of wooden panels that were previously used as retail shelves, thus forming the lower walls and the work tables. Planks used in building scaffolding are now shelves for books, folders and implements. Cargo pallets form the shape of the upper walls, with different shades that create contrast with the lower ones. The final result is an ecologically conscious construction that takes advantage of existing resources, providing comfort and spatial quality to its users. 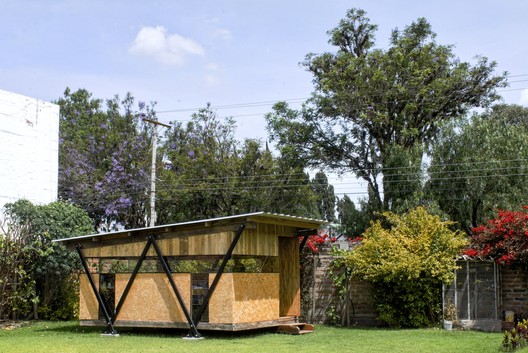