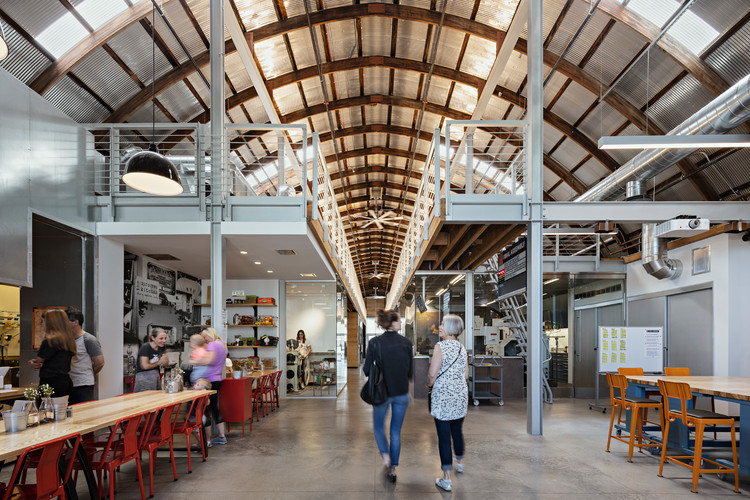 Text description provided by the architects. Located in a satellite community nearly 30 miles east of downtown Phoenix, the former Johnston farmland is home to a 1950’s aluminum Quonset hut. Called BARNONE, this structure is now the creative hub for more than ten local merchants and makers.

The architects were challenged to reuse the former storage building, full of farm implements and machinery, to create a new maker space in the midst of a parking garden and support services.

The architects worked with an innovative father-son team of landowners who see the project as a heritage site for the community—one where creativity and ingenuity is celebrated in the business owners as well as in the execution of the architecture itself. One of the most challenging aspects was making the existing Quonset hut capable of supporting the structural, mechanical, and electrical needs of the eclectic group of tenants. This group includes a custom gun maker, a letterpress card printer, a hair salon, a plant-based eatery, a florist, and a nano-brewery just to name a few. 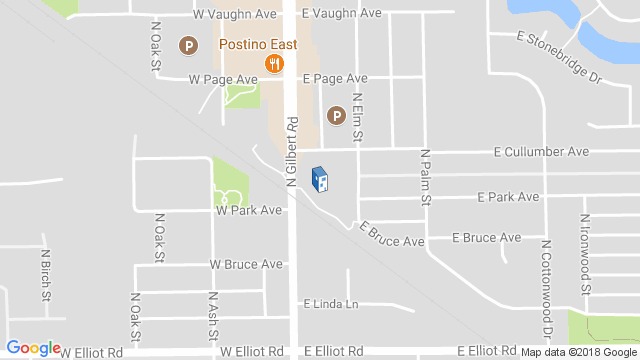 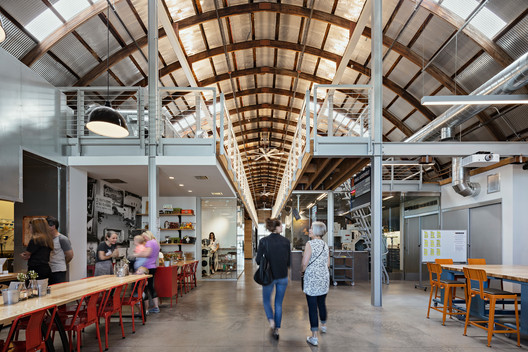