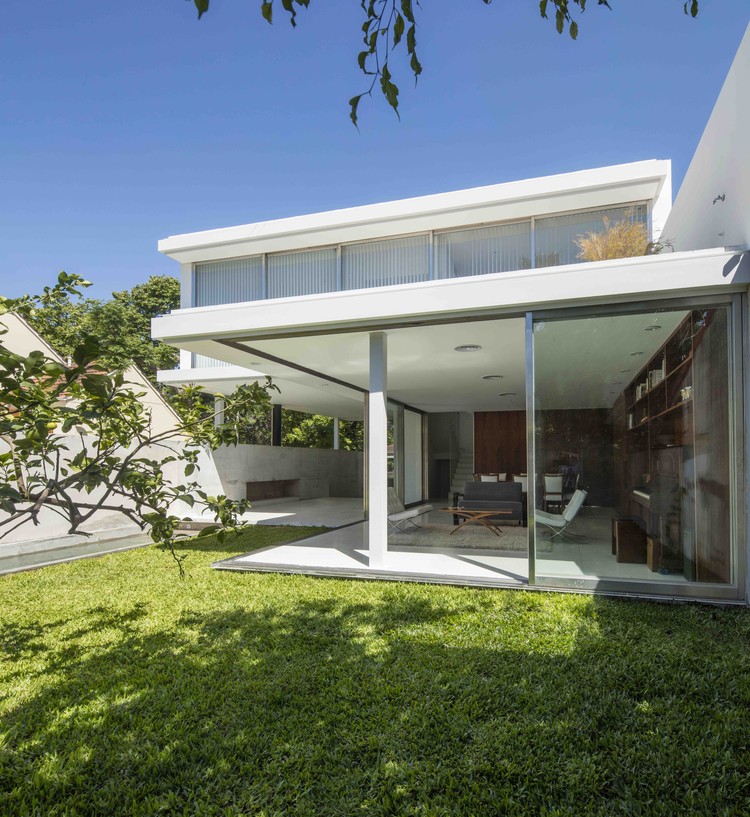 Text description provided by the architects. The house is located on a plot of 10mts x 25mts in Vicente López, a residential neighborhood north of the city of Buenos Aires.

A low density area, mainly for single-family homes whose limits are determined by dividing walls or fences of leafy vegetation.

Two pure volumes solved with an integral metal structure, large stainless steel windows and glass with different degrees of transparency, opacity and reflection variates depending in the uses of the house.

The juxtaposition of these elements is articulated by a gallery that works as a natural semi-covered expansion of the ground floor and at the same time as a transition space between the entrance and the garden.

A ground floor one meter high compared to street level, a studio and a semi-buried bathroom make up the "stereotomic" basement of the house materialized entirely in reinforced concrete.

A blind volume contains the staircase that articulates the living-dining room with the kitchen, the gallery and the different levels of the house.

The upper floor with a clear "tectonic" expression and light appearance contributes with the idea of reducing the impact of the house on the garden and the immediate surroundings.