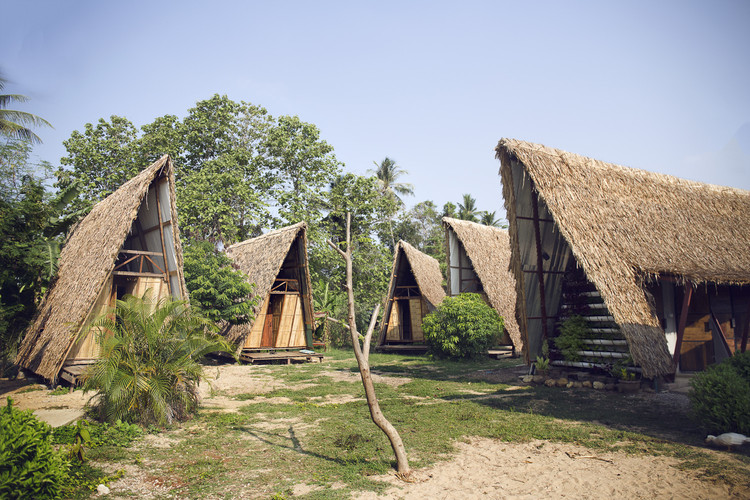 Text description provided by the architects. Just a few kilometers away from the Thai-Burma border, adjacent to a natural reservoir, lies a youth center providing educational services to Karen migrant youth. The youth living in this center are drawn to this location due to its close proximity to institutions offering immigrant communities the opportunity to further their education through technical and vocational training programs. The design of Hua Fai transgresses conventional designs of such institutions which maximize utility with little regard for the complex social needs of the youth inhabiting these spaces. The design of Hua Fai with its triangular structure and cascading vertical gardens provide youth with their own private space to flourish and pursue their educational goals.

The objective of the Hua Fai project was to expand existing facilities to accommodate the increased number of youth accessing education programs in the community. The expansion involved the building of eight sleeping units, a communal open area and washroom for the use of the students. Five independent units were built, four of them were divided symmetrically to create eight independent spaces to be used as private rooms, and a fifth unit, a washroom (hygiene facility), houses the showers and toilets.

The arrangements were premised upon two main objectives:
• To control the amount of sunlight exposed on the roofs and avoid excessive heat inside the cabins. Due to the tropical savanna climate of the region, both heavy rains and solar radiation were major concerns when planning for this project. By projecting shadows one into another, the amount of direct sun light is reduced drastically.

• To create a public space, achieved by orienting the access of the private area into an open space, which acts a gathering area. The arrangement, following a similar spatial design used by Karen villagers, encourages interaction among dwellers.

The volumetry derives from the original concept of Estacion Espacial Arquitectos "Casa Techo", an aproach to a solution for emergency housing that states that "a roof is a house". The emergency unit concept was modified to adapt to the permanent nature of this facility, accounting for the environmental and social conditions of this context. Due to increased deforestation in this part of South East Asia, old houses are carefully dismantled in order to retain the undamaged pieces of timber which are later sold in a second-hand market. This reclaimed wood was used to build the structure and flooring of the units. Three vertical frames act as the skeleton of the construction, holding the weight of the roof and dividing the inner space, while two inclined frames on each side help to protect the terraces sitting in front of every unit. Given the extreme weather conditions of this area, prone to heavy rainfall during monsoon season, it was mandatory to elevate the building to avoid water damage to the structure. A single steel profile anchored to light foundations was used in order to raise the timber frames from the ground.

The roof design borrows elements from local construction found in this area, which maximizes the use locally available materials. The roof is comprised of three layers; An inner layer of aluzinc, screwed to the timber structure to make it impermeable to rain, a middle layer of eucalyptus trunks placed vertically to create ventilation, and an upper layer of sugarcane leaves locally assembled within the community. Horizontal floor level openings of fiberglass panels were used to bring light into the ground floor of the rooms.

The washroom unit is built with the same strategy and geometries. Since it is a wet area, steel profiles were used to form the skeleton, a triple layered roof and concrete block walls which delimitate the four small divisions inside. All four facades have different functions; four doors leading to either showers or toilets. Facing the rice field, the open sink area. A seating zone on the long side facing the gathering space and a vertical garden is built on the wall facing the access to the complex, welcoming the kids when accessing the land.

The construction process used combined the professional training of the migrant workers with a deep understanding of conditions on the ground. The team consisted of immigrant construction workers in training, from marginalized communities, supervised by a construction engineer and an architect. The techniques and materials utilized for construction were carefully selected in order to accommodate the skills of the workers and the limited tools available for construction. 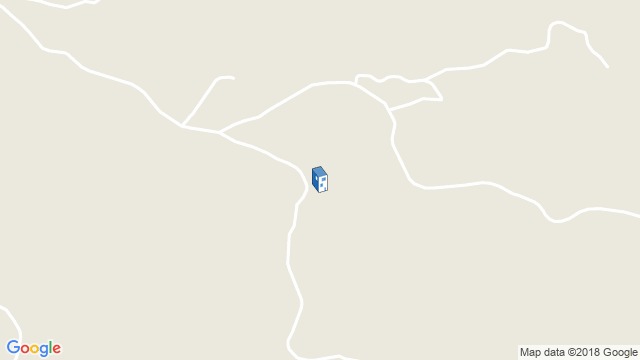 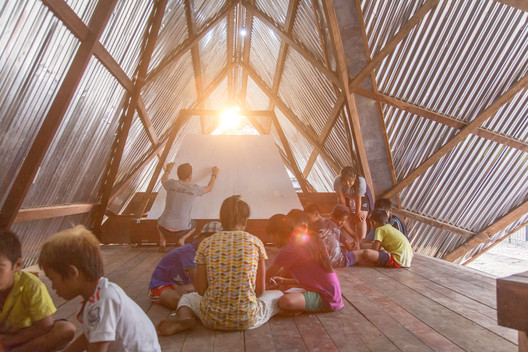