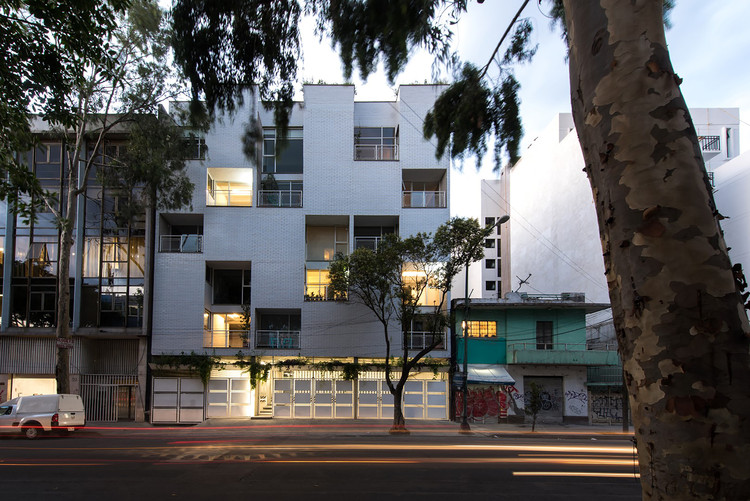 Text description provided by the architects. Tolsá 61 is a reinterpretation of “Vecindad” (neighbourship) an urban life in downtown area, located in the Ciudadela neighbourhood, which is in the southwest corner of the historic center of Mexico City.

The neighborhood mantains much of its traditional architecture of the 18th and early 19th century buildings such as the remodeled Library of Mexico José Vasconcelos.

Inspired by the Porfirian “Vecindad” model, with a longitudinal patio to the center of grouped apartments, the project is designed for the inhabitant looking for a new way of living based on community, fexibility, and a fundamental belief of belonging among its inhabitants. Tolsa 61 seeks to challenge the life of traditional apartments through physical spaces that foster meaningful relationships.

The design takes advantage of the context to generate the mechanisms needed to link the housing with their immediate sorroundings through controlled openings “excavated” in the building mass. These monolithic volumen will help to have a better environmental performance but also a search for design capable of withstanding the test of time.

The materiality of the facade is white vitrified brick, helping to reduce the cost of maintenance in the future as its glazed enamel layer makes it repellent to the degradation by dirt and weather.

The result is a 6-story concrete structure with a tetris facade, where the openings are presented as a terrace setting indoors where trees are located to help cool the airflow before it reaches the interior, as allows natural light to filter through the building. Designed for low-income families, containing 25 apartments, ranging between 45 and 60 sqm. Including a mixture of one and two bedrooms. Despite its small áreas and simple interiors, each studio has its own balcony or terrace overlooking to the central courtyard complex.

The fluidity is based on the idea of community housing.Our intention was to make an infinetly rich place that is crowded and disorderly. 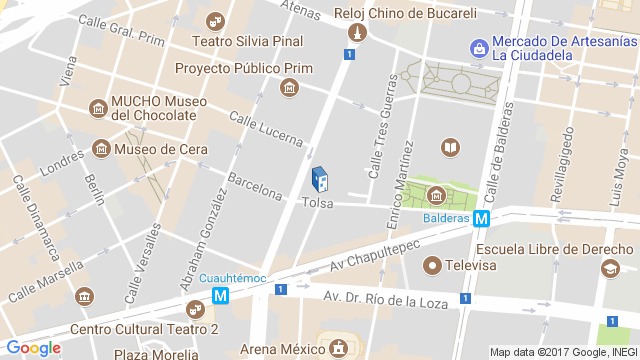 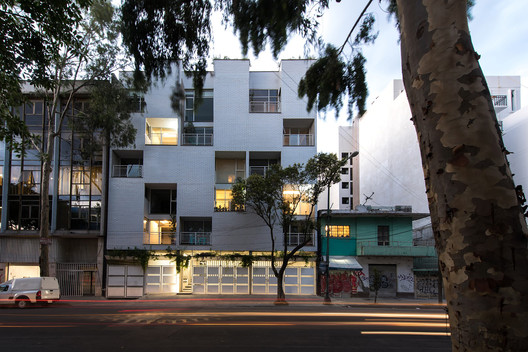