We grouped these factors into six categories: Place, Product, Programming, People, Prosperity and Promotion. In sum, a city’s performance across these six categories reflects the relative “place equity” and competitive identity of one city to the next.

The Windy City’s two centuries as the heart of a nation coursing talent, materials and energy to its distant extremities gives it a natural big-city swagger. It boasts some of best-developed infrastructure in North America—what we call “hardware of a city” that makes up our Product category (in which Chicago finished #7 globally), and one of the most difficult to score high in. Museums, airports and public transit take years to build and are expensive to maintain, but they are vital for livability, urban exploration and empowering a city’s visitors to immerse themselves in a place like locals.

Read more about Chicago on www.bestcities.org

In California’s dense urban heart, history repeats. The young, untethered and ambitious have always coveted the enlightenment that San Francisco’s fog- and mist-diffused light seems to bestow: they came here for gold, and then they came to change the world (2017 marked the 50th anniversary of the Summer of Love). Most recently, they came to reinvent it. Long a vanguard of global counterculture, San Francisco is now defining the mainstream—often with the innovation dreamt up in Silicon Valley, 45 minutes south, first tested on its streets.

In the defiant Catalan capital, an eclectic mix of beach, architecture and boho vibes. There’s the striking, often surreal architecture. The colorful neighborhoods pulse with an alternating beat of edginess and sophistication. Miles and miles of beaches and iconic parks are in symbiosis with the idyllic year-round weather, which facilitates dining alfresco at all the perfectly inviting cafés.

Read more about Barcelona on www.bestcities.org

Dubai’s approach to design, architecture and consumer culture could best be described as discreet and restrained—said no one, ever. The world’s tallest building. The world’s richest horse race. The world’s tallest choreographed fountains. The world’s only seven-star property. And, because there’s no such thing as too many superlatives here, the most visited mall on the planet. Yes, it’s all here, in the most populous city in the United Arab Emirates.

Read more about Dubai on www.bestcities.org

Few cities have achieved as much, as quickly, as the city-state of Singapore in the past 50 years. The meteoric rise from politically unstable, resource-poor and unskilled ex-colony to the talent- and capital-hungry shipping hub (the world’s busiest) and, subsequently, Asia’s wealth management capital is brand engineering at its most ambitious.

Read more about Singapore on www.bestcities.org

Tokyo’s round-the-clock kinetic mobility, innovation and efficiency mesmerize global visitors. But it’s only when the motivation for this legendary engineering and grand design is considered that another characteristic emerges: resilience—in the face of nuclear radiation, earthquakes, tsunamis and, in the past seven years, all three simultaneously.

Read more about Tokyo on www.bestcities.org

Intriguing and increasingly hungry for global attention, Russia’s beguiling capital is a cultural gold mine spanning the ages. Any traveler to Russia will tell you that Russian influence—at least over visitors to the country’s capital—is a very real thing: you’ll fall under the spell of Moscow the minute you set foot in this endlessly fascinating and dynamic destination.

Read more about Moscow on www.bestcities.org

A commitment to haute everything keeps Paris in the hearts of travelers eager to return and those anticipating their first visit. With several terrorism attacks both thwarted and terrifyingly carried out since, Parisians refuse to give up their joie de vivre and unrivaled pride in their city—pride that was cultivated, defended, crushed and recaptured along the banks of the Seine and deep in the Renaissance passageways over a millennium.

Read more about Paris on www.bestcities.org

America’s best city will not be defined, tamed or—against all odds—contained.The designation as “The City That Never Sleeps” has long referred to this kingdom of human ingenuity’s nocturnal pursuits. Today, it encapsulates the unshackled ambition of pushing the limits of what’s possible in an urban context while stewarding a place for future generations.

London, right now, is a tight, highly curated Venn diagram of multi-ethnic revelry, enviable luxury retail, coveted universities and colleges (more than 40 institutions of higher education are based in the city) and—finally!—the restaurants to sate the palates of a growing number of curious global wanderers. It reigns atop our world cities ranking because it is the only city on the planet that finished Top 10 in all six of our categories.

Read more about London on www.bestcities.org

To see whether or not your favorite city ranked in the top 100, head over to bestcities.org to see the full list. 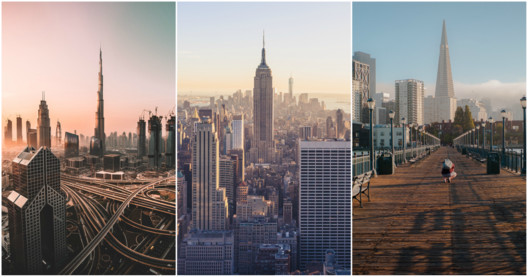