At an altitude of 2735m, architecture students at the École Polytechnique Fédérale de Lausanne (EPFL) in Switzerland have built The Bonatti Bivouac, a temporary refuge for the A Neuve’s glacier. The shelter uses the envelope as a structural object, eradicating the need for metal, screws, or nails. Informed by theoretical architect Semper, their design uses the joints to form a piece of architecture. 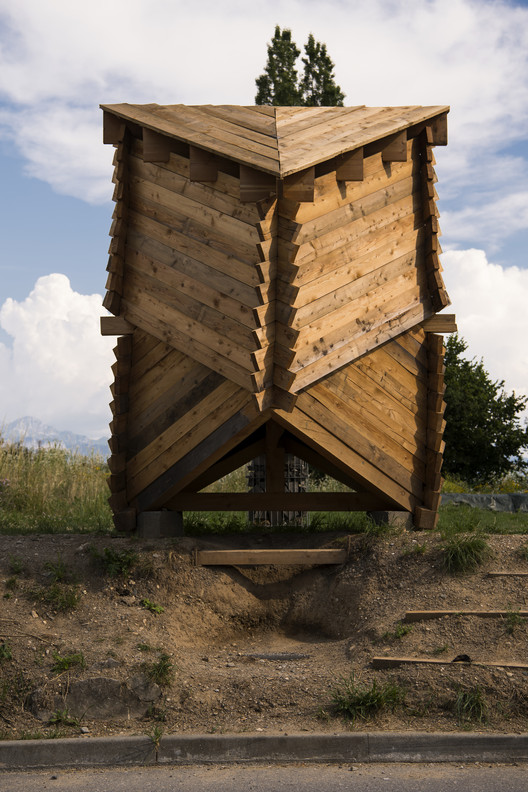 Bonatti Bivouac was inspired by vernacular Swiss construction raccard so that the wood construction system of the shelter can survive these heights using the right insulation. The glacier poses many difficulties due to both the altitude and potential for glacial movements, therefore the structure has been made to be mountable and demountable to survive in such conditions.

The design of the shelter was formed using parametric software, Grasshopper, to generate the seemingly complex system. By using such software, the students could adapt the structure to automatically size all the planks accordingly for the final evolved form.

Overall, the design took three weeks and the construction of the shelter took another ten days, all of which was performed by the architecture students using basic tools such as Japanese saws and wood chisels.